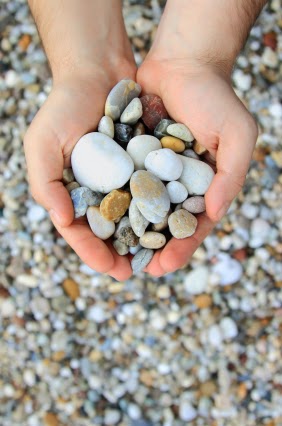 When the Economist, a right wing libertarian leaning magazine, starts throwing stones at Cops and in turn saying we are an incarceration nation, I am unsure if this is the pot meeting the kettle and calling it black, or in fact the Queen demanding that we are off our heads and rockers.

Funny that these same people are behind much of the prison population growth via encouraging private prisons, mandatory rates of population, exploiting prison labor, profiting from fees and fines, the monies earned from secondary industries such as home or electric monitoring, interlock devices, specialized insurance and of course the 1033 program that allows local police to have military grade equipment which is expensive to upkeep and maintain.

The irony that the very group that funds the elections of Attorney Generals and Judges while simultaneously funding public defenders and groups that work on exonerating prisoners and demanding less sentencing does make one want to have a laugh - a paraphrase from another Englishman - Ricky Gervais.

But here it is another criticism from across the pond. Perhaps the press did not have to hack into any one's phones, crucify a teacher whose crime seemed to have bad hair (which I wrote about in this post) or simply pretend that they are innocent when it comes to bashing heads in pursuit of justice.

THE store camera tells a harrowing tale. John Crawford was standing in a Walmart in Ohio holding an air rifle—a toy he had picked off a shelf and was presumably planning to buy. He was pointing it at the floor while talking on his phone and browsing other goods. The children playing near him did not consider him a threat; nor did their mother, who was standing a few feet away. The police, responding to a 911 caller who said that a black man with a gun was threatening people, burst in and shot him dead. The children’s mother died of a heart attack in the ensuing panic. In September a grand jury declined to indict the officers who shot Mr Crawford.

Most people have probably never heard this story, for such tragedies are disturbingly common: America’s police shoot dead more than one person a day (nobody knows the exact number as not all deaths are reported). But two recent cases have sparked nationwide protests. First Michael Brown, a black teenager, was shot dead in murky circumstances in Ferguson, Missouri, just after he robbed a shop, and then Eric Garner, a harmless middle-aged black man guilty only of selling single cigarettes on the streets of New York, was choked to death by a policeman while five cops watched—and this time the event was filmed by a bystander.

So far much of the debate within America has focused on race. That is not unreasonable: the victims were all black, and most of the policemen involved were white. American blacks feel that the criminal-justice system works against them, rather than for them. Some 59% of white Americans have confidence in the police, but only 37% of blacks do. This is poisonous: if any racial group distrusts the enforcers of the law, it erodes the social contract. It also hurts America’s moral standing in the world (not aided by revelations about the CIA’s use of torture—see article). But racial division, rooted as it is in America’s past, is not easily mitigated.

There is, however, another prism through which to examine these grim stories: the use of excessive violence by the state (see article). It, too, has complex origins, but quite a lot of them may be susceptible to reform. In many cases Americans simply do not realise how capricious and violent their law-enforcement system is compared with those of other rich countries. It could be changed in ways that would make America safer, and fairer to both blacks and whites.

Bits of America’s criminal-justice system are exemplary—New York’s cops pioneered data-driven policing, for instance—but overall the country is an outlier for all the wrong reasons. It jails nearly 1% of its adult population, more than five times the rich-country average. A black American man has, by one estimate, a one in three chance of spending time behind bars. Sentences are harsh. Some American states impose life without parole for persistent but non-violent offenders; no other rich nation does. America’s police are motivated to be rapacious: laws allow them to seize assets they merely suspect are linked to a crime and then spend the proceeds on equipment. And, while other nations have focused on community policing, some American police have become paramilitary, equipping themselves with grenade launchers and armoured cars. The number of raids by heavily armed SWAT teams has risen from 3,000 a year in 1980 to 50,000 today, by one estimate.

Above all, American law enforcement is unusually lethal: even the partial numbers show that the police shot and killed at least 458 people last year. By comparison, those in England and Wales shot and killed no one.

One reason why so many American police shoot first is that so many American civilians are armed. This year 46 policemen were shot dead; last year 52,000 were assaulted. When a policeman is called out to interrupt a robbery, he knows that one mistake could mean he never makes it to retirement. As this newspaper has often pointed out, guns largely explain why America’s murder rate is several times that of other rich countries. And the vastly disparate rate at which policemen shoot young black men is not simply a matter of prejudice. Roughly 29% of Americans shot by the police are black, but so are about 42% of cop killers whose race is known.

If America did not have 300m guns in circulation, much of this would change. That, sadly, is not going to happen soon. But there are other ways to make the police less violent.

The first is transparency. Every police force should report how many people it kills to the federal government. And if communities want to buy gadgets, they should give their police body cameras. These devices deter bad behaviour on both sides and make investigations easier. Had the officer who shot Mr Brown worn one, everyone would know how it happened.

The second is accountability: it must be easier to sack bad cops. Many of America’s 12,500 local police departments are tiny and internal disciplinary panels may consist of three fellow officers, one of whom is named by the officer under investigation. If an officer is accused of a crime, the decision as to whether to indict him may rest with a local prosecutor who works closely with the local police, attends barbecues with them and depends on the support of the police union if he or she wants to be re-elected. Or it may rest with a local “grand jury” of civilians, who hear only what the prosecutor wants them to hear. To improve accountability, complaints should be heard by independent arbiters, brought in from outside.

The third, and hardest, is reversing the militarisation of the police. Too many see their job as to wage war on criminals; too many poor neighbourhoods see the police as an occupying army. The police need more training and less weaponry: for a start, the Pentagon should stop handing out military kit to neighbourhood cops.

In many ways America remains a model for other countries. Its economic engine has roared back to life. Its values are ones which decent people should want to spread. Yet its criminal-justice system, the backbone of any society, is deeply flawed. Changing it will be hard; but change is overdue.