The Truth and the Consequences 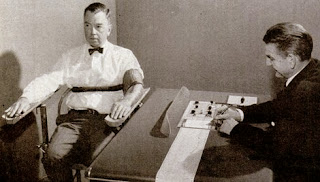 It appears now that Rolling Stone magazine has backpedaled on the UVA story about the gang rape. I don't disbelief the young woman who alleged she was attacked, she may well have been and may have well made it up. What I do believe that once again reputed journalists who are supposed to have integrity failed to do their duty in pursuit of a story. This is not just a problem about rape or college life or any of the issues of late that have come into the light about sexual assault.

What is tragic is that there are those comparing it to the Duke Lacrosse case, Tawana Brawley and other false allegations of rape. What is next comparing it to the Central Park 5 or how about the McMartin case or any other numerous cases where allegedly someone did something ended up prosecuted and in jail for it. At no point was any individual named only a fraternity where a young woman "believed" she was taken and in turn attacked.

Do I think she was lying. Again, I have no idea what transpired and more importantly why again did not the University the minute the reporter hit the campus start asking questions, start their own investigations to counter the alleged story. Calling people liar seems to be the new counter argument and then hope that is sufficient reasoning or justification for why they did not do shit the first time.

Of the rape cases that do come forward about 8-10% are false. Again a thorough investigation would find out those facts and ensure that only appropriate cases move forward. But in our system of jurisprudence we push through anything and anyone standing in the way of scalps or notches on a belt and money in the coffers. We care little about truth in that system of justice.

So by now calling the girl a liar and by having no perpetrator named or found this never happened. Where did I hear this before. Oh wait when it came to my case. I was called a liar who made it up and made up the man who I "believe" drugged me. A phone number and text exchange was documented by a third party but since I did not know his actual name.. he was part Muslim and went by a Christian nickname; I guessed his last name when I did an internet search on the phone number and it led me to a woman in Oregon whom I presumed was his mother. But all that could have been easily verified legally via a court order to Verizon. Did that happen? No. Did the Police actually call that number? No. So I made him up and I lied. No. I have never changed or altered my story. I am not a 19 year old vunerable girl, and I am still a liar and whore. Again I have the court transcripts that back up my "story."

Because when I went to them repeatedly for help I was denied it. I assume it is because they did not "believe" me. So perhaps that may be why a story becomes more salacious and the victim more desperate they confabulate or exaggerate the incident to get the help they need, and somewhere along the way to at least understand, to cope and to move forward. My advice is simple: Don't expect it and don't count on it. That is one thing that the story in Rolling Stone does confirm, when you are thought of as a drunk slut you are not worthy of even doing more than a casual search and inquiry. When the angle is already in play, they just needed one willing to play the part. Journalism the double edged sword. Can't live with it yet we cannot live without it. We need better of it frankly.

So now you know why I don't care. I used to pray and hope that someone would help me and then it turned into prayers that I hope that it would happen to them and theirs. I get the show Revenge, when you are consumed with that much anger you want others to feel your pain. Does misery love company? Hell no misery loves to spread it like a disease. It's everyone or no one I like to say. And if I am going down guess what so are you. And that is why we have the insane laws we have when it comes to criminal justice its not about rehabilitation its about retribution and nothing more.

It takes a long long time to get rid of anger. I have and probably will never fully rid myself of my anger. I have however decided the best way to tell my story is in my own way at my own time in my own book. Tell it my way and then close that chapter in the same way and move on.

As for sexual assault it is the front page story every week of late. I need to no longer read them. I take no comfort in knowing that what I went through is the same as all the rest. Sorry but I can't feel your pain and still feel mine.