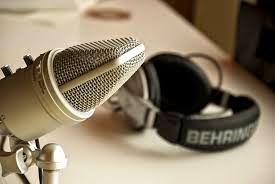 I have enjoyed Serial the podcast. Not because it was there to expose a fraud, solve a crime but just simply tell a story about a young man's oddessy through the criminal justice "system." To actually refer to it as a system would mean there is a clear pattern of organization and structure. There isn't. It is more like a maze where you wander in endless circles until you can go no further and cannot escape.

The below entry from a young PD in the Washington Post is disappointed in the failure of Serial to expose all the flaws and fuckups the system does. Hey lady it is one show about one crime it is not about the system. We get it is broken, its flawed and it continues. But at least she makes clear suggesstions on ways to improve it. California is moving towards removing the immunity rights of Prosecutors. These are all starts but we have a long road on this race to the finish line.

Sarah Koenig created the podcast “Serial.” (Meredith Heuer)
Serial, the popular podcast that ends this week, is about a real-life teenage murder mystery. Reporter Sarah Koenig explores lingering doubts about the case of Adnan Syed, who, as a high-school senior, was convicted of the murder of his ex-girlfriend Hae Min Lee.

The prosecutors in the case collected a raft of evidence from the day of the murder, including evidence from 14 cellphone calls. Yet at Syed’s trial, they omitted evidence related to 10 of those calls, even those from the alleged time of the murder itself, because that evidence contradicted their case against Syed. Then and throughout the trial, the prosecution presented to the jury only what supported their story —”which is their prerogative,” Koenig said. “Their job is to put on the strongest possible case.”

This sounds obvious. In our judicial system, two equal opponents argue zealously for their side, right?

Actually, that common-sense belief is completely wrong. Prosecutors in the United States occupy a special role, charged not only with protecting society from crime but also with protecting the defendant from an unfair trial. According to the American Bar Association, a prosecutor “has the responsibility of a minister of justice and not simply that of an advocate.”

Prosecutors must use discretion, dropping cases about which they have doubts. Eric Holder, the current Attorney General, put it simply when he admonished a group of federal prosecutors: “Your job is not to win cases. Your job is to do justice.”

Why should prosecutors hold back while defenders play hard? Because, as Federal Judge Jed Rakoff wrote recently, “[t]he prosecutor has all the power.”

I’m a public defender, and when I begin a case, I often know my client’s side of the story and nothing else. The prosecutor, by contrast, usually has access to police investigations, witnesses, forensics, and, after indictment, grand jury testimony. We have no legal right to that material until much later, most of it only on the eve of trial.

The prosecutor assesses the strength of the state’s case and, in most cases, offers a plea bargain. We can push for a better offer, but the stakes are daunting for defendants. If negotiations fail and we go to trial, the client risks conviction under harsh sentencing guidelines. So, it almost always makes sense to take the offered plea; every day, innocent people plead guilty for that very reason. (As all “Serial” listeners know, trial is a roll of the dice. I don’t know whether Syed is innocent, but he was clearly convicted despite many reasonable doubts.)

This helps explain why 95-97 percent of criminal cases end in guilty pleas, without a trial. Every defender has seen clients insist on their innocence and refuse to plead guilty; we’ve then seen defeat creep across that client’s face as she realistically weighs her options. What once seemed unimaginable — a felony record and three years, say — suddenly appears palatable when compared to the possibility of a 15-year sentence.

All of which would be better, or at least less bad, if prosecutors actually acted in the interest of justice, as is their mandate. But in my experience and in the experience of the defenders I know, prosecutors act like adversaries. And given the power disparity, I find myself negotiating cautiously, hoping for favors, aware that I am not legally entitled to much. I recently represented a teenager accused of assaulting a police officer. My client was badly injured, and the officer was not — a possible sign that in this incident, as in many others, the police had done the beating and not the other way around.

The plea offer was not bad: in exchange for a guilty plea, the prosecution would drop the felony to a misdemeanor, and my client would spend only a week in jail. The incident was captured on video, which, if it showed what my client said it showed, could have exonerated him, but the prosecutor was not obligated to hand over the footage until much later in the case. This would likely take several months, months which my client would have to spend at Rikers. I asked the prosecutor if she would tell me some of what was on the video, so that I could present my client with a fuller view of his chances at trial.

The prosecutor paused and said, “No, I don’t want to do that.” My client took the plea.

For strategic reasons, most prosecutors hide their cases’ weaknesses and play up their strengths rather than letting defense lawyers assess the evidence ourselves. I don’t blame them; it’s rational. Prosecutors across the country face institutional pressure from their bosses, who win elections or appointments by racking up convictions, not by appearing soft on crime. And there’s personal pressure: Everyone wants to win.

I admire those remarkable prosecutors who — even in offices with the most adversarial of cultures — “do justice” by voluntarily weakening their cases. One such prosecutor recently took it upon herself to reinvestigate a very serious allegation based on information that I had offered in court. Within a day, she decided that the serious charge against my client was unsubstantiated and that the evidence instead pointed to a lesser offense. I discussed this new information with my client, and we reached an agreement acceptable to everyone; he was released from jail the next day. But those prosecutors are the exception. Criminal defendants shouldn’t have to hope for an exceptional prosecutor to get a fair shake.

The Supreme Court ruled in the 1963 case Brady v. Maryland that if a prosecutor comes across evidence that is potentially exculpatory — a witness recantation, a negative DNA match — that evidence must be turned over to the defense. Unfortunately, the Brady rule is violated at a rate Federal Judge Alex Kozinski called “an epidemic.” In 2009, the New York State Bar Association’s Task Force on Wrongful Convictions found the practices of police or prosecutors — including several Brady violations — might have led to wrongful convictions in 31 of the 53 cases examined.

A similar commission in California, having studied reversed convictions over 10 years, put out a 2007 report finding Brady violations “a leading ground for reversal.” We cannot ever know the exact rate of violations, because when cases end in guilty pleas, as a vast majority of them do, most evidence is never seen by anyone other than the prosecutor.

Two of my colleagues recently represented a client who was accused of cashing a stolen treasury check. Toward the end of the trial, the prosecutor mentioned that the teller who had cashed the check was no longer employed.

After the conviction, my colleagues learned why that teller had been fired: She was under suspicion of cashing stolen treasury checks into unsuspecting customer accounts. Eventually, that conviction was vacated, and the case was dismissed. It’s impossible to know how much exculpatory evidence like this is buried when clients take guilty pleas. We must rely on prosecutors to seek it out with the same rigor that we would.

That won’t happen. Not because prosecutors are malicious but because they are human. I don’t believe that most prosecutors conspire to hide exculpatory evidence; they simply don’t recognize it as such. (Fans of “Serial” know of this phenomenon as “verification bias.”) Unintentional Brady violations happen all the time: a prosecutor neglects to tell defense when a complainant has a psychotic disorder; DNA found on a weapon isn’t deemed relevant because it doesn’t match anyone on the suspect list.

Moreover, even when Brady violations are discovered, they are almost never punished.

Prosecutors enjoy absolute immunity from civil liability for actions they take in their roles as prosecutors. And in 2011, in what Slate called “one of the meanest Supreme Court decisions ever,” Clarence Thomas wrote that a district attorney’s office could not be held liable for mishandling Brady evidence, even though an innocent man was nearly executed as a result. The Supreme Court has stated that it expects prosecutors’ offices and professional organizations to discipline their own violations. Studies show that this hasn’t happened, and, without additional procedural checks, it seems unlikely to start.

One partial fix to this problem would be open-file discovery, a system allowing defense access to the state’s entire file throughout the case (adjusting for witness safety). This system would ease the burden on prosecutors to play contradictory roles as judge and adversary, a combination that NYU Law Professor Rachel Barkow has called “the most significant design flaw in the federal criminal system.”

Open files would improve and accelerate plea bargaining, allowing defendants to make informed decisions, instead of the blind game of chicken we currently play. “If we were designing a government from scratch and knew that prosecutors were the final adjudicators in 97 percent of the cases, there is no way we’d let them make those determinations in secret,” Barkow said in an e-mail.

Prosecutorial resistance to open files is a sign that “they maintain an adversarial mindset,” Barkow added, calling open-file discovery “the absolute minimum check.” The few jurisdictions that have already instituted open file policies, including North Carolina and Ohio, indicate that the policies reduced false convictions and made plea bargaining fairer.

We cannot have justice while the defense is playing blindfolded. My office recently represented a client who waited for trial from Rikers for a year and a half. When he finally reached trial, during jury selection, the prosecutor abruptly dismissed his case, revealing that despite having stated ready for trial, he’d lost contact with the complainant and could not prove his case. This was discovered only because the client held out for trial; in most cases, it never would have come to light. If recent legal proceedings following police killings of unarmed black men in Ferguson and Staten Island have shown us anything, it’s that law enforcement should not be trusted to make unbiased decisions without transparency or oversight.

A serious Brady violation surfaced during Syed’s second trial. Jay, an alleged accomplice and the prosecution’s main witness, revealed on the stand that he was testifying pursuant to an agreement with the prosecution: his cooperation in exchange for leniency and pro bono representation. Upon revealing this highly unethical arrangement, Koenig asks her legally inclined listeners, “your jaw is hanging open right now, correct?”

Again she was wrong. My colleagues and I are no longer shocked by this kind of thing. I don’t know whether a different prosecutor would have disclosed Jay’s agreement, but any defender, including Syed’s, would have found it in the case file, zeroed in on it, investigated, and used it at trial. Open-file discovery, and other commonsense reforms, could help defenders present “the strongest possible case.” They could also help prosecutors, in Holder’s words, “do justice.”