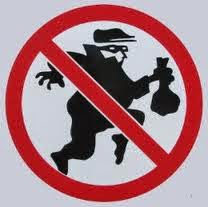 Given the current climate about cops that would be the last thing you would yell out as you would probably be the one arrested and in turn prosecuted if not maimed or killed. There are those cases that in fact those escaping from crazed loons were shot by the cops instead, a Los Angeles case earlier this year was one such example.

But this is not about that issue as right now once again the voices to that din are loud and plentiful and I have nothing to add - right now.

This is about wage theft. The reality is that as jobs are rising on the pipeline the ones being added are low level service wage jobs. Those predominantly in the food or hotel industry.

These are the industries currently being sued and in turn investigated for wage theft. This is where employees are not paid for overtime via creative scheduling, demanding off the clock work and not permitting appropriate breaks as required by law.

The United States Labor Department says that a new study shows that between 3.5 and 6.5 percent of all the wage and salary workers in California and New York are paid less than the minimum wage.

The study, which examined work force data for the two states, found that more than 300,000 workers in each state suffered minimum-wage violations each month. Labor Department officials said that even if one assumed a violation rate half that nationwide, that would mean more than two million workers across the nation were paid less than the federal or state minimum wage.

Violations were most common in the restaurant and hotel industries, the study found, followed by educational and health services and retail and wholesale.

In Fast-Food Workers’ Fight for $15 Hourly Wage, a Strong Voice in Terrance WiseDEC. 4, 2014 “These findings are alarming in terms of the prevalence of the problem, particularly in a set of industries where we already know workers earn low wages and struggle to earn a basic family budget,” said David Weil, administrator of the Labor Department’s Wage and Hour Division.

The study was based on 2011 data, when the minimum wage in New York was $7.25 an hour and $8 an hour in California. The study found that 11 percent of low-wage workers suffered minimum-wage violations — it defined low-wage workers as those making less than 1.5 times the minimum wage (meaning workers making nearly $11 in New York at the time of the study and $12 in California).

The current federal minimum wage is $7.25 an hour, while the minimum in New York is $8 and in California $9.
The study was done for the Labor Department by the Eastern Research Group, a consulting firm in Lexington, Mass. It relied on data from the Census Bureau’s current Population Survey and the Survey of Income and Program Participation.

“Younger workers are significantly more likely to be illegally paid below the minimum wage than older workers,” said the study, “The Social and Economic Effects of Wage Violations.” “Violation rates tend to be slightly lower for men than women.”

Mr. Weil said the nation was in a long-term period during which labor standards and wage compliance have eroded. “It’s unfortunate that we’re finding these violations when the minimum wage is at its lowest level in a long, long time,” after factoring in inflation, he said.

Since 2009 the department has recovered $1 billion in back wages for workers who suffered minimum-wage and other violations.

Mr. Perez said most employers complied with wage laws, but that bad actors put pressure on others to break the law.

“When we crack down on unscrupulous employers, we send a strong message to similar employers about our vigilance,” his speech text says. “We create ripple effects, as a single investigation can resonate throughout that sector, influencing employer behavior and reforming a race-to-the-bottom culture.”

In recent years, workers have brought a flood of lawsuits accusing their employers of paying them less than the minimum wage and failing to pay overtime. For instance, Guadalupe Salazar, a cashier at a McDonald’s in Oakland, Calif., said her paychecks repeatedly missed a few hours of work time and overtime pay, sometimes bringing her overall pay below the minimum wage. She has joined one of several lawsuits against McDonald’s and several of its franchise operators, asserting that workers were cheated out of overtime, some of their hours were erased from time cards and they had to work off the clock.

McDonald’s denied any liability in Ms. Salazar’s case, and the Oakland franchisee insisted that Ms. Salazar had failed to establish illegal actions by the restaurant.

In a time when many are living hand to mouth - which I addressed in the last post with this article - we have a real need to ensure people are getting paid appropriately. Why? Well because they end up relying on those horrible dreaded safety nets - such as food stamps, medicare and other public assistance to tie them over as their employer refuses to.

Well unless you are the current CEO of Microsoft who just got a pay rise, an 84 million dollar one.

You cannot have it both ways by calling people lazy and unwilling to work hard and only then to do so at a crap job for crap pay and still need some governmental help. If these private sector big wigs are so anti government and so unwilling to pay taxes to do this then why are they not paying their employees?

Then we have the issue of undocumented workers which we want to see ended but not as then again the dreaded compliance issues such as OSHA, payroll taxes, workman's comp and that minimum wage thing that having under the table workers allows you to avoid.

And then we have the idea of women working while pregnant with a UPS worker's discriminatory case being heard by the Supreme Court. Given this courts demeanor toward women I suspect this one will be interesting.

We are living in certain times for certainly one group of people - the 1% who are secure in the knowledge that their lot is a secure lot as for the rest of us we live in a fault zone. We are at fault for failing to make the right choices, have the right parents, working hard, marrying up or being born in America to a rich fuck.

Well I am fucked. I am a woman over a certain age working in a tenuous profession with uncertain income. I get it, I really do. If someone stole my purse they would get just that - a purse.