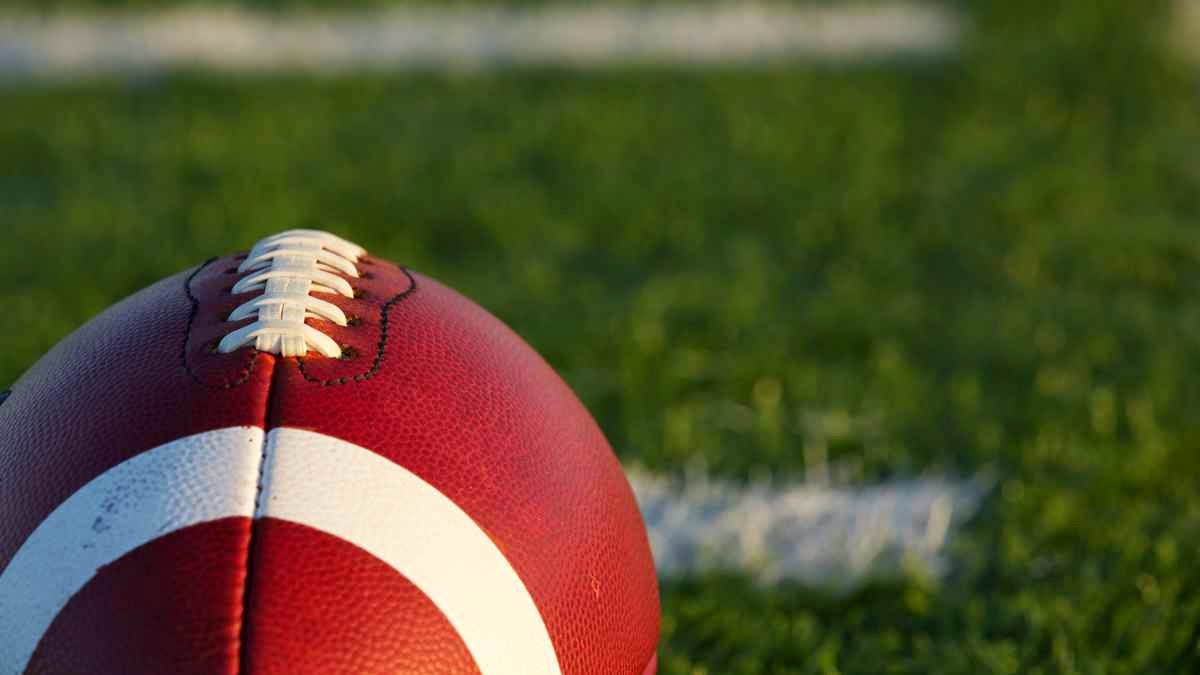 Wow a College admitting that football is draining in more ways than one. Simple put the University of Alabama Birmingham is shuttering their football program. To quote the President of the University, Dr. Ray L. Watts, "football is not sustainable."

And to that I go no shit there sherlock. Next up the Fraternity system.

It’s a Game of Spiraling Costs, So a College Tosses Out Football
By BEN STRAUSS and ZACH SCHONBRUN
DEC. 2, 2014

The University of Alabama-Birmingham said Tuesday that it was terminating its football program, becoming the first university in college sports’ top tier to do so in nearly 20 years and providing the most visible sign yet that athletic officials throughout the country are considering radical options in the face of mounting financial burdens.

The most prominent athletic programs have charged ahead with reforms that allow them to make their own rules on matters like whether to financially reward athletes. Everyone else — including dozens of colleges with proud athletic histories — has been left at a daunting crossroads. Those programs can try to compete with the likes of Alabama and Ohio State, no matter the cost, or retreat and possibly face athletic irrelevance.

It was this decision that prompted an internal study at Alabama-Birmingham, whose football team recently finished its regular season with a 6-6 record and is eligible to play in a bowl game for the first time since 2004. The judgment, according to a news release Tuesday from the university’s president, Dr. Ray L. Watts, was that “football is simply not sustainable.”


Alabama-Birmingham recently finished its regular season with a 6-6 record and is eligible to play in a bowl game. Credit Eli Baylis/The Hattiesburg American, via Associated Press U.A.B. already needed to subsidize two-thirds of its $30 million athletic operating budget, and major capital improvements were seen as necessary to maintain a viable program. As a result, U.A.B. — a team from Conference USA situated in football’s hotbed, 50 miles from the campus of the No. 1 team in the nation, Alabama — has been forced to capitulate. The last college in the top subdivision of Division I to get rid of its football program was the University of the Pacific.

“The escalation of the arms race in Division I football made it hard to see that the investment in U.A.B. football over time could have enough money put into it to have a program that would be successful,” said John D. Johns, a member of the University of Alabama system’s board of trustees.
The issue of autonomy for the five major conferences appears to have spooked U.A.B., which moved to the top subdivision in 1996, as well as the University of Hawaii, which plays football in the Mountain West Conference.

But the prevailing mentality among the smaller leagues is that they must follow whatever changes the so-called Big 5 institute during the N.C.A.A. convention in January. Even with bleak financial outlooks for many of these athletic departments, a certain consensus seems to have been reached.

The cost will be steep, particularly for teams in the American Athletic, Mid-American, Mountain West and Sun Belt Conferences and Conference USA — the five football leagues not among the Big 5 in the Football Bowl Subdivision, Division I’s top tier. Many of their athletic departments require student fees to support their teams, and some people worry students will be squeezed even harder.

For years, universities with fewer financial resources have tried to compete with the traditional college sports powers. The little guys, too, have built new facilities and paid their coaches higher salaries even as the financial gap has widened, thanks to bigger conferences’ signing television contracts worth billions of dollars.

Continue reading the main story Historically, though, the smaller universities were able to rein in their larger competitors to some degree, especially when it came to benefits for players. In 2011, after the N.C.A.A.’s executive committee voted to allow an annual $2,000 stipend for players, universities vetoed the rule with an override vote. They were led by programs in the smaller conferences, with many citing costs.

Three years later, it appears that they have given up fighting the sea change in collegiate athletics spurred by a union movement and lawsuits. Now, the centerpiece of the first changes from the Big 5 conferences is increasing the value of a yearly scholarship by several thousand dollars.
“Providing greater resources for our student-athletes is something we’ve neglected in the past, and it’s time to readdress the definition of the athletic scholarships,” the Sun Belt commissioner, Karl Benson, said, adding that Sun Belt colleges would maintain independence in how they implemented potential changes.

Critics contend that more athletic spending is further proof of misplaced priorities at universities that simply cannot afford it. Yet in interviews with about a dozen commissioners and administrators, nearly all said they were determined to remain competitive on the field, despite the costs.

Jon Steinbrecher, commissioner of the Mid-American Conference, said his conference would not “back down from this new challenge.” Tom Yeager, the longtime commissioner of the Colonial Athletic Association — one of two conferences to vote against the new governance plan (the Ivy League was the other) — said more expensive scholarships would simply be the new cost of doing business.

And Val Ackerman, commissioner of the Big East (a nonfootball conference), said there was almost no struggle reaching unanimity among her league’s 10 members about whether to follow the Big 5’s lead. A major reason, cited by all the commissioners, was recruiting.

“If this is what it’s going to take to make sure we have access to the kinds of players that our coaches want to coach and our schools want as part of their communities,” Ms. Ackerman said, “they’re going to do it.”

David Ridpath, a professor at Ohio University, a member of the MAC, has raised a familiar question: financing. He said colleges in his conference relied heavily on student fees to finance their athletic programs; the Big 5 conferences have expensive broadcast rights fees and their own networks.
“At the big schools, television money pays the bills,” Dr. Ridpath said. “Here, we’re talking about kids going further into debt for the football team. I’m all for benefits for athletes, but at some point these schools have to accept who they are. Ohio isn’t Ohio State, and we have to be O.K. with that.”

In a study to be published in the Journal of Sport this winter, Dr. Ridpath calculated that in 2012-13, MAC students spent on average more than $300 per semester subsidizing athletics. During a time of mounting student debt, that is nearly $2,500 over four years.

The Big 5’s legislation centerpiece — cost of attendance, as it is called — is designed to bridge the gap between what is currently covered (tuition, books, housing) and common expenses, like travel home. The price tag varies among universities, ranging from a few thousand dollars to closer to $10,000 per athlete.

Administrators around the country said rising costs were always a concern. At Hawaii, Athletic Director Ben Jay told the board of regents this summer that the athletic department would have to find a new way to do business, which some interpreted as the end of the football team. But Mr. Jay said the program was too important to Hawaii, calling it a part of the university’s and the state’s identity.

Mr. Jay is aware of the grim financial outlook, though. He said Hawaii moved $14 million in accumulated debt from the athletic department to the university last year. He is spending an extra $350,000 this year to provide more meals to athletes after N.C.A.A. rules were relaxed.

“I recognize that students are strapped, so I don’t want to do this on their backs,” he said. “It’s my responsibility to find the money elsewhere. A lot depends on the football team winning.”

At San Jose State, also of the Mountain West Conference, Athletic Director Gene Bleymaier presided over a more than $24 million athletic budget in 2013 that required about $17 million in subsidies, according to a USA Today database. He cited marketing, sponsorships, advertising and royalties as ways to raise revenue so students and the university would not face a greater burden.

“It comes down to fund-raising,” he said.

Mr. Bleymaier would like more help from the larger universities, although he does not expect it, he said. More revenue sharing would be beneficial, he said, but he also said that if more marquee teams were willing to play teams from other conferences on the road, those programs could generate more interest and more money.

Mr. Steinbrecher estimated MAC members would pay $500,000 to $1 million each year for cost of attendance. He said new revenue streams, including a contract extension with ESPN and payouts from the new football playoff television deal, would help pay for it, although the Big 5 conferences retain the vast majority of the playoff proceeds, worth $470 million annually.

Cost of attendance may be just the beginning. The N.C.A.A. is appealing a ruling by a federal judge that declared that rules prohibiting athletes from profiting from their images were illegal. The judge suggested colleges provide athletes with trust funds worth $5,000 per year, which the Big 5 could do. At some point, they could also seek to increase the number of scholarships they are allowed to offer or loosen restrictions on athletes’ relationships with agents and advisers.

“What I am concerned about are the unknowns,” said Mr. Frazier, the athletic director at Northern Illinois, who played football at Alabama and previously worked in Wisconsin’s athletic department. “That’s what keeps me up in the middle of the night. How far are these institutions willing to go to separate themselves? I do know the capabilities they have.”

Those in other leagues will have tough decisions about where to draw the line.

“You have institutional ego involved,” Mr. Yeager, the commissioner of the Colonial Athletic Association, said. “You get to the point where you can’t let go, and then places will be getting rid of the president and A.D. for not being visionary enough. But at some point you have to figure out where to cut your losses.”

Still, Justin Craft, the leader of the B Club, a group of vocal U.A.B. football supporters, wondered about his alma mater without the sport.

“The team builds a national brand,” he said. “People around the country don’t know who U.A.B. is except that they saw them play Mississippi State on the SEC Network.”

Any subsidies the athletic department needs should be viewed as a marketing expense, he said.

While Mr. Craft simply hoped for the chance to see his alma mater’s team take the field next fall, at Northern Illinois, plans were announced in November to expand and retrofit the 49-year-old football facility, Huskie Stadium, to raise money and attract recruits.

“You’re either moving forward or moving back,” Mr. Frazier said. “As my wife would say, there’s no such thing as half-pregnant.”
Posted by Unknown at 5:19:00 PM