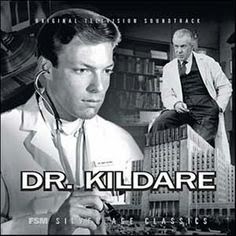 Growing up I loved the Doctor shows, Kildare, Ben Casey, Marcus Welby just like I enjoyed Perry Mason, LA Law,  NYPD Blue and other shows about both the medical and legal professions.  It's called suspension of disbelief: This is where you are often required to believe a premise which you would never accept in the real world. Especially in genres such as fantasy and science fiction, things happen in the story which you would not believe if they were presented in a newspaper as fact. Even in more real-world genres such as action movies, the action routinely goes beyond the boundaries of what you think could really happen;  This is a semi-conscious decision in which you put aside your disbelief and accept the premise as being real for the duration of the story.

In other words,  you can allow yourself the ability to suspend truth for the value of entertainment.  I suspect that is why Neil deGrasse Tyson can enjoy Gravity or Interstellar - other than the fact they have Sandra Bullock or Matthew McConaughey in them.

But those were presented as fiction, however, the reality shows such as Dr. Phil, the Doctors, Judge Judy or Dr. Oz are supposedly reality shows where real issues are presented and then discussed or adjudicated.  Well read the disclaimer at the end and immediately that tells you that anything on the show is in fact not necessarily vested in actual law or medical fact.  Good thing as this article confirms that once again you have to really suspend disbelief when it comes to these kind of shows.

Dr. Oz has already come under fire from Congress who rather than do something important called him to testify on some weight loss concoction... well at least it is something... and of course it was proven it was bullshit.  Shocking a Doctor lied about a "drug" he was pushing that he was compensated for doing so?  No really?  Shocking,  I know!!!


Half of Dr. Oz’s medical advice is baseless or wrong, study says

And now, his work has come under even greater scrutiny in the British Medical Journal, which on Wednesday published a study analyzing Oz’s claims along with those made on another medical talk show. What they found wasn’t reassuring. The researchers, led by Christina Korownyk of the University of Alberta, charged medical research either didn’t substantiate — or flat out contradicted — more than half of Oz’s recommendations. “Recommendations made on medical talk shows often lack adequate information on specific benefits or the magnitude of the effects of these benefits,” the article said. “… The public should be skeptical about recommendations made on medical talk shows.”

The study is part of an ongoing debate about medicine on television. There’s clearly a market for doctor talk shows. “The Dr. Oz Show” ranks in the top five talk shows in the United States, bringing in a haul of roughly 2.9 million viewers per day. And the talk show “The Doctors,” also studied in the paper, nets around 2.3 million viewers per show. These days, Oz considers disease in terms of marketability. Cancer, he told the New Yorker, “is our Angelina Jolie. We could sell that show every day.”

But some doctors have expressed alarm at Oz’s willingness to sell it. “Although perhaps not as ‘sexy’ as Dr. Oz would like, the public needs more information about the effects of diet as a whole on cancer risk,” commented one paper titled “Reality Check: There is no such thing as a miracle food” in the journal of Nutrition and Cancer. It lambasted Oz’s assertion that endive, red onion and sea bass can decrease the likelihood of ovarian cancer by 75 percent.

“Mehmet is now an entertainer,” New York doctor Eric Rose told the New Yorker. “And he’s great at it. People learn a lot, and it can be meaningful in their lives. … [But] sometimes Mehmet will entertain wacky ideas — particularly if they are wacky and have entertainment value.”

Oz, for his part, said he’s only trying to give people all the options out there. He said data shouldn’t stop patients from testing out things like raspberry ketone — a “miracle in a bottle to burn your fat” — even if it’s never been tested on people, according to Slate. “I recognize that oftentimes they don’t have the scientific muster to present as fact,” Oz said at a U.S. Senate hearing, adding that he “personally believes in the items I talk about in my show.” “But, nevertheless, I give my audience the advice I give my family all the time. I give my family these products, specifically the ones you mentioned. I’m comfortable with that part.”

But researchers with the British Medical Journal weren’t nearly so comfortable. They selected 40 episodes from last year, identifying 479 separate medical recommendations. After paging through the relevant medical research, they found evidence only supported 46 percent of his recommendations, contradicted 15 percent and wasn’t available for 39 percent.

The study was not without its limitations, however. The researchers conceded it was difficult to parse “what was said and what was implied.” And some of the recommendations were extremely general — “sneezing into your elbow prevents the spread of germs” — and consequently difficult to find in medical research, let alone substantiate.

Still, the article was a withering assessment of Oz and the whole doctor talk show business. “Consumers should be skeptical about any recommendations provided on television medical talk shows, as details are limited and only a third to one half of recommendations are based on believable or somewhat believable evidence,” the paper said. “… Decisions around healthcare issues are often challenging and require much more than non-specific recommendations based on little or no evidence.”

But Oz considers himself an iconoclast trying to shake up a stodgy medical community. “Much of medicine is just plain old logic,” he told the New Yorker. “So I am out there trying to persuade people to be patients. And that often means telling them what the establishment doesn’t want to hear: that their answers are not only the answers, and their medicine is not the only medicine.”