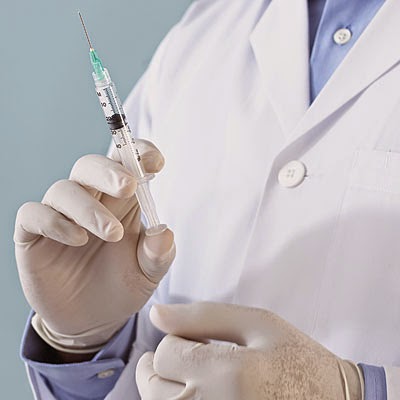 Well that depends. I fell out of bed laughing this morning at the revelation that Pfizer had a drug called Cabesar, to treat Parkinson's and Restless Leg Syndrome (clearly similar disorders) that one of its side effects could be either or/and sex or gambling addiction.

Well the drug industry is on a tear right now and this might be another reason to wonder what the hell is up the pipe for big pharma as the quest for the grand new drug that will generate millions in profit, treatment and cure is optional.

Apparently everything old is new again and the move towards finding new antibiotics may be the new thing as the Government is of course offerring "incentives" to encourage development.

Or another is while there is a war on the street against drugs, there is no war in the waiting room as more and more patients are being prescribed narcotic painkillers for longer times. Legal drugs are just as addicting and dangerous but I don't see many SWAT raids to Doctor's offices. No they lie in wait for a Pharmacist to call them and then kick the door in of the user.

But if you are on Medicaid you need not worry as a new report finds that half the Doctos listed as servicing Medicai patients are not seeing them now. The Doctor is apparently unavailable.

It may not rival the problems the Veteran's had or have with regards to their care but then again thankfully there are no medical crisis rolling around the bend.

As in America it appears that Ebola is winding down from the crisis mode declared only less than 90 days ago, the Ebola "czar" is leaving, bye and whoever you were and what you did exactly I am sure cost the taxpayer a cool 6 figures, the same price or maybe less for treating Ebola. He started the gig October 23 and done before Christmas. I was not aware Ebola was cured but apparently the crisis is or not but hey don't let that stop you. Well he was neither a Doctor nor Scientist so I am not sure he was much help there. He was however a distraction from the CDC's failure to have an appropriate protocol in handling Ebola.

Yesterday's New York Times had a great amazing cover story of a Doctor who survived. His story just released is an amazing tale of resistance and survival in every sense of the word.

And then there is this Dallas Doctor who actually admitted he blew it when it came to diagnosing the first Ebola patient. Shock and awe to realize that every now and then there is integrity in the medical profession. Dr. Ian, the Ebola survivor is a hero and a hell of man. We should all be as lucky, in every sense of the word.

The medical industrial complex is a sad affair of money, incompetence and equal talent and dedication as there is in the legal profession but they are just as few and far between but none less dangerous either.