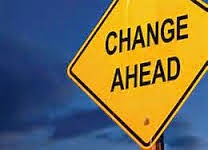 Today in the New York Times the below editorial discusses the increasing risk and problems in treating the clinically and dangerously mentally ill.

As our prisons have increasingly become the warehouse for the mentally ill we have no way of actually  knowing how many mentally ill individuals are incarcerated and in turn misdiagnosed and mistreated.

And in the same vein as my last post by the B.I.T.C.H who wrote in Slate about the acronyms they appoint to the problem patients that put them at risk, this Doctor who also serves on the front line is open, honest and direct with the problems the providers face in their daily interactions and in turn offers actual viable solutions on how to rectify the situation. No nasty acronyms, no labels, just a matter of fact and truth.   What I really appreciated was the fact that the groups and organizations that are quick to jump on the bandwagon, down the throat and grab the microphone when it comes to establishing rights and pointing well used fingers at those in fault, how quick they leave the podium when the heavy lifting   needs to be done.

Funny how that upon the receipt of a 50 Million dollar grant to look at incarceration they are not looking as to what that means when the prisons release many of those wrongly jailed but also quite ill back in to the general population.  What does that mean to communities like here in Seattle where every door way, every freeway underpass is a campground that houses a variable potpourri of individuals who have nowhere to go and are in need of comprehensive mental health care.    Maybe we need another acronym for that.

I appreciate this editorial as it makes sense and reason and is more importantly well intended.  I cannot say the same for the Slate article, that was whining and whinging that does nothing to resolve the problem only to lay blame and make excuses.  Clearly that strategy has not been working.

Where Hell Is Other Patients
STEPHEN SEAGER
NOV. 10, 2014


NAPA, Calif. — IN the public imagination, forensic mental hospitals — where states place the criminally insane — are hellish scenes of cages and restraints, the better to keep us safe from the Hannibal Lecters of the world.

And it’s true that these hospitals, including the one where I work, are hellish. But not because the patients are restrained. In fact, it’s the opposite. Patients, even violent ones, are often given a shocking amount of freedom. As a consequence, every day, across the country, these hospitals record dozens of assaults by patients against staff members and other patients — a situation that, thanks to expanded patients’ rights laws and state health bureaucracies, we can do almost nothing about.

To be clear, not all, or even a majority, of patients are actively violent. Just 15 percent of patients at most hospitals are responsible for 90 percent of the assaults. And yet at almost every state forensic facility I have encountered, there is an epidemic of assaults by violent patients.

Take one of the worst states for patient-initiated violence, New York. Over a recent two-year span, Kirby Forensic Psychiatric Center on Wards Island in New York City recorded 433 assaults by patients. In 2009, the New York State Public Employees Federation claimed that each year 200 injuries to hospital staff members were the result of assaults by mental patients. “We are probably the only people in the state of New York who can go to work and get beat up with impunity,” an employee of Mid-Hudson Forensic Psychiatric Center in New Hampton, N.Y., told a local newspaper.

The response from the Mid-Hudson administration to this crisis is emblematic of official responses across the country. According to the employee, when the staff dealt with violent, psychotic patients, hospital executives suggested using “the value of humor” to calm them. Other tactics included “the use of swings, water beds with vibration and music, rides around the perimeter in a car” and heavily padded “sumo suits.”

And things are worse for the other patients, who absorb the majority of the beatings and trauma and, in some cases, are not mentally or physically capable of defending themselves. While attempting to get well, they continue to be assaulted and re-assaulted.

This combination of violence and official silence is not isolated to New York State. A 2013 TV news investigation in Arizona discovered hundreds of assaults a year at the state’s mental hospital. In Maryland, a confidential state report, discovered by The Baltimore Sun, described inpatient units at the Catonsville psychiatric hospital as “lawless environments.” And in Texas, a full 15 percent of staff members at the state’s hospitals are the subjects of “severe patient assault” every year, according to a news report.

California’s Napa State Hospital, where I work, has an average of 3,000 assaults a year. Over the last three years, four psychiatrists on my inpatient unit have been badly beaten. In another recent incident, a patient pummeled another patient with a broken chair leg — fracturing both of the victim’s arms — because he hadn’t paid his attacker enough “protection” money. Staff members ran into the day hall to see an unconscious patient on the floor, blood oozing onto the yellow tile, his assailant’s red shoe prints leading down the hallway.&lt;

In another attack, an assailant beat an elderly man with a sack of quarters and then flung him in his wheelchair onto the patio cement. At times, half the nurses in my unit are on disability from assaults or attempted rape.

How have things come to this? After the deinstitutionalization movement of the 1960s and the introduction of effective antipsychotic medications, most hospitals were emptied of “regular” — largely nonviolent — mentally ill patients; those vacancies were filled by the growing number of people who were successfully pleading not guilty for reason of insanity.

But state hospitals are ill-prepared to deal with these often dangerous and violent persons. A large part of the problem stems from our legal system, where the notion of patients’ rights has triumphed over common sense and safety. For example, despite criminally insane patients being remanded by the courts for psychiatric treatment, many states allow them to refuse both therapy and medication.

A second difficulty is bad hospital policy: At many state forensic facilities, there are no guards, and untreated psychotic patients are allowed to mix freely with the staff. Perhaps because the extent of violence in forensic hospitals is difficult to imagine, it’s easier for hospital administrations, elected state officials and governors to ignore.

Still harder to explain is the silence of mental health activist and regulatory groups — the American Civil Liberties Union, the Occupational Safety and Health Administration and the National Alliance on Mental Illness. Generally at the forefront of worker and patient safety issues, these organizations have inexplicably done very little.

There are a few obvious responses. Judges can require that patients accept therapy and medication. Hospitals should have trained guards, and should be required to build intensive treatment units to house the 15 percent of patients responsible for the majority of the violence. These units would separate the patients from the rest of the population, and from each other. Hospitals should also create opportunities for more family involvement in the patients’ care — a proven factor in reducing violent behavior.

These hospitals are meant to be places where mentally ill people go to get better. Instead, as one patient at Patton State Hospital in California told The Los Angeles Times, “All day long it’s all about sorrow, sadness and hopelessness.”
Posted by Unknown at 8:31:00 PM