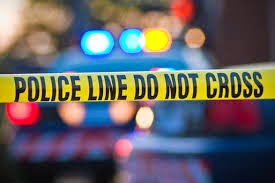 I was perusing through Free Thought Project and I realized that we are a society in danger from those who we believe are in the position to serve and protect.

I used to think it was large metropolitan cities where the sheer size would lead the averages to have a few bad apples.  Which explained New York City and Chicago and then Seattle came to the forefront.  Well then again you can reverse that phrase.  Even yesterday when a Police Officer said Good Morning in a pleasant jovial manner and we talked about the weather, I walked away thinking, "wow the rule just met the exception."

I am afraid of the Police. I am not alone in that fear.  We have created a state of America that is one step removed from any despotic state, hell North Korea may be less insane.

Then I read the article in Politico about the Border Patrol.  It is lengthy, well researched and funny another Seattle Cop comes to the forefront.  Did he really clean up our force? No so don't expect the Green Monster Team to change anytime soon.

Consistent is mockery and abuse, but more distressing is the rape and murders of people.  I am not sure what more a victim would need to say "fuck it" and move on before calling the cops.  I certainly know I will never call the Police for anything.  I can say better off dead than expecting them to care.  The likelihood of the exception coming to my door is as likely as a no knock warrant. Then again the latter has a high proponent of reality given where I live and my neighbors.

Here are some of the stories that need to be shared, tweeted and in turn told to those who we vote and elect into office.  Ask them what they can and will do about it.

Austin Cops and the "un rape" you remark

There are numerous other stories and accusations about Police Violence and it is not just in those big "urban" cities the code phrase meaning cities with minorities, they are provincial towns such as Austin or Omaha.   And they are not isolated one off incidents there are repeated stories by numerous individuals where traffic stops have turned into hell or minor encounters like the one I had with the Officer yesterday that had me worried and what could have turned on a dime should he feel compelled.

Our Mall cops, the TSA, are equally distressing.  One flight is all one needs to see how little training and how bias and judgement comes into play that can in turn lead one encounter into a nightmare.   They do share a need to mock and debase much like their big brother the real cops, good to know.

And to say there is nothing you can do about this well that is not true, you can ask each elected official that you VOTE for what they plan on do on the issues surrounding the excessive criminalization of Americans and the militarization of the police as a result of this.

Point to the numerous laws that are redundant, excessive punishments as in mandatory minimums, the right to seal or expunge records on low level misdemeanors that seem to be exceptions for no reason - such as lifetime sex registry, domestic violence or dui.   Why are those the only crimes that can never be eradicated from one's life?    Yet murder can?

And ask for transparency and the rights to get all records and information regardless of the nature of the issue.  Funny they can put names on TV screens throughout a courthouse, put all court records but not transcripts online, mug shots, prisoner lists and yet you cannot get all the paperwork and legal data regarding a case even under the Freedom of Information Act.  Why is that?

Why are Police and Prosecutors and Judges exempt from legal retribution and why are their records and reviews sealed? Are they not public paid officials?

We have a system that enables the perpetrators to be the very ones who were assigned the role of saving those from being victims yet you have more likelihood of being a victim of theirs then you do those who they are supposedly protecting you from.

Sad.Grim.Pathetic.   And that applies to us for not doing anything about it.