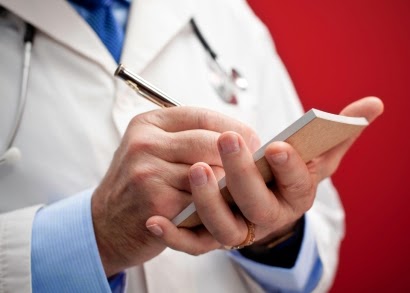 Whatever you want to call them, it is that like all of the above they profit from your pain.

The below article discusses the fact that big Pharma cares little about the medical "professionals" that push their shit on you, be it the man in the white coat with a lovely waiting room or the dude on the corner, they are all the same.

Painkillers are the number one drug of choice and despite the fact that states are running around worrying about too many sales of cold medicine they are utterly disinterested in the legal scripts that are pushed through.

Doctors are scum. From their bullshit expert testimony that is funded and paid for and serves no one to the Doctor that finds the need to run needless tests, call in a second opinion to a friend who is conveniently not on the payroll, to Medicare fraud, the medical industrial complex lives up to its name and rivals the defense industrial complex for bullshit contracts that fuck the government, their patients or an insurance company. Irrelevant when the Doctor's bottom line matters.

Anyone got a pain killer I have a headache.

Using Doctors With Troubled Pasts to Market a Painkiller

Dr. Judson Somerville, a pain specialist in Laredo, Tex., received $67,000 in speaking fees, travel and meals in 2013 to promote a powerful and addictive painkiller called Subsys, according to a new federal database of payments that drug companies make to physicians.

But while Insys Therapeutics, the Arizona company that makes the product, was paying Dr. Somerville to promote it, he was under investigation by the Texas Medical Board. Last December, the board ordered him to stop prescribing painkillers after it found that he had authorized employees to hand out pre-signed prescriptions to patients and after it learned that three of his patients had died in 2012 of drug overdoses, most likely from drugs that he had prescribed.

Dr. Somerville, who received more money from Insys than any other doctor between August and December 2013, is just one of the company’s highly paid doctors who have recently faced legal or disciplinary trouble.

Dr. Gavin Awerbuch, a Michigan neurologist who received $56,000 from Insys, was arrested this spring after federal prosecutors said he defrauded Medicare of $7 million and improperly prescribed Subsys to patients who did not need it. Another top Insys speaker, Dr. Jerrold Rosenberg of Rhode Island, was reprimanded in September for inappropriately prescribing painkillers, including Subsys.

An analysis of the new federal Open Payments database shows that five of the 20 physicians who received the most money from Insys recently faced legal or disciplinary action, including three who were said to have inappropriately prescribed painkillers.

Many of the 20 highly paid doctors — most of them pain specialists — were also top prescribers of Subsys, according to prescribing information from Tricare, the health insurance program for military families, and internal Insys documents.

The data, which covered only that five-month period in 2013, provides unusual insight into the lengths that some drug companies go to cultivate relationships with doctors, and shows that Insys enlisted doctors with troubled track records to market its product to other physicians.

The drug industry has long paid influential doctors to speak to peers as a way of building word-of-mouth marketing. But such practices can cross the line, legal experts said, when doctors promote uses of the drug that are not approved by the Food and Drug Administration, and when the speaking fees are paid in exchange for the doctors’ prescribing behavior.

In recent years, drug companies have paid billions of dollars to settle federal charges that they inappropriately marketed their products. But the same companies have made billions more in sales of the very drugs they were accused of selling inappropriately. Insys told investors last December that federal investigators were looking into its sales and marketing practices, and in September it said it had received another federal subpoena.

“This appears to be the business plan,” said Eric G. Campbell, a professor of medicine at Harvard Medical School, who studies conflicts of interest between doctors and the drug industry. “It appears to be, you do whatever you have to do, and you know that eventually you will pay fines, but you will pay the fines and still make a lot more.”
Continue reading the main story

The aggressive marketing of Subsys, the company’s only brand-name product, is especially remarkable, given that its use is highly restricted; it is approved only for cancer patients who are already taking opioid painkillers around the clock. Previous analyses have shown that only 1 percent of prescriptions for the product are written by cancer specialists.

Several former sales representatives said in interviews that they were encouraged by the company to call on pain doctors who treated patients with a wide range of ailments, and to reward high-prescribing physicians with perks like paid speaking engagements. And in at least two cases, the company hired the adult children of top doctors to serve as their parents’ sales representatives.

In a statement, Insys said that it had appropriately marketed Subsys and that the drug had been successful because it works better than its competitors. “We believe that existing data strongly supports that prescribing decisions have been driven primarily by the clinical attributes of Subsys,” the company said.

Insys paid doctors $2.8 million in the final five months of 2013, a marketing budget that put it in the company of major drug makers like Boehringer Ingelheim and Novo Nordisk, which market several products that are used to treat common medical conditions like diabetes and heart disease. During a five-month period at the end of 2013, Insys paid 20 doctors more than $30,000 each in speaking and consulting fees as well as perks like travel and meals.

Sales of Subsys are strong: The product brought in $58.2 million in the third quarter of this year, more than double the $28.4 million it generated in the same quarter last year. Subsys represents close to 100 percent of Insys’s revenues.

Subsys is a form of fentanyl, a narcotic that is often used when other painkillers fail to provide relief. The product, which is sprayed under the tongue, begins working in as little as five minutes, which is useful for patients who experience sharp bursts of pain. But it carries a high risk of dependency and can cause respiratory distress — and death — for those who are not using painkillers regularly.

Several of the highest-paid doctors said they spoke on behalf of Subsys because they believed in the product.

“I’m not a big ‘talk for companies’ kind of guy,” said Dr. Somerville, who noted that he was a former president of the Texas Pain Society. “They liked my personality and how I approached things, and I liked their product.”

Dr. Somerville, who was a top prescriber of Subsys, said Insys representatives never questioned him about the Texas Medical Board’s ruling, and he continued speaking about Subsys for a few months after the board’s decision. Insys officials said they removed him as a speaker after learning of the disciplinary action.

Dr. Somerville took issue with the medical board’s claims, saying the board did not have evidence that he contributed to the patients’ deaths and that the action was the result of a vendetta against doctors who frequently prescribe opioids. “I’m very aggressive in trying to help my patients,” he said. “I’m a very caring doctor. I like money, but that’s not my god, O.K.?”

Other top speakers for Insys have also faced regulatory or legal trouble. Dr. Paul Madison, a pain specialist in Chicago, was indicted in 2012 on federal fraud charges after the authorities claimed that the surgical center he owned billed insurers for procedures that were never performed. Insys paid Dr. Madison nearly $33,000 in 2013.
Another top Insys speaker, Dr. Steven Y. Chun of Sarasota, Fla., paid $750,000 in February to settle federal charges that he had billed for procedures he did not perform. Dr. Chun received $45,000 from Insys in 2013, according to the database.

Dr. Chun said that he admitted no wrongdoing in the federal settlement and that he provided excellent care to his patients. Dr. Madison said he had done nothing improper; both doctors declined to comment further.

Insys officials said Dr. Chun and Dr. Madison were not accused of improper medical care. Dr. Awerbuch, the Michigan neurologist who was arrested on Medicare fraud charges, declined to comment through his lawyer. Insys said it ended its arrangement with him after his arrest.

In addition to paying high-prescribing doctors to speak on behalf of Subsys, Insys also hired the doctors’ family members. In 2013, Dr. Rosenberg’s son, Abraham, was a top sales representative for the company. Another highly paid doctor, Thomas L. Whitten, has a daughter who worked this year for six months as a sales representative.

Dr. Whitten, who received $43,000 in payments from Insys at the end of 2013, said his daughter, Alexandria, began working for the company this year after the previous representative in his region quit. He said the company asked him for a few recommendations to replace the previous representative, but when his suggestions fell through, his daughter’s name came up. “It was kind of mutual — it was simultaneous,” he said. Ms. Whitten is a recent college graduate and had never worked in pharmaceutical sales previously, he said, adding that she quit a few weeks ago.

Dr. Whitten said he did not write any new prescriptions for patients while his daughter was his sales representative. “She didn’t get any extra bonuses for anything she did,” he said.

In a statement, Insys officials said Dr. Whitten was already prescribing Subsys before his daughter was hired as a sales representative, and he continues to prescribe it even though she has quit.

Abraham Rosenberg did appear to benefit from his father’s prescribing practices. As of last June, Mr. Rosenberg was the second-highest performer in his region and the seventh-best sales representative nationwide, according to a company report that was provided by a former sales representative for Insys. At the time, Mr. Rosenberg’s top-prescribing doctor was his own father, who wrote prescriptions for 6,404 units of the drug in the second quarter of 2013, more than the combined total of drug units written by all the other doctors in his son’s territory.

Dr. Rosenberg, who did not return calls for comment, was also among the company’s highest-paid doctors at the end of 2013, according to the federal database, earning close to $36,000 from Insys.

In September, Dr. Rosenberg was reprimanded by the Rhode Island Board of Medical Licensure and Discipline for prescribing Subsys to patients without cancer pain and failing to properly document the reasons.

In a brief interview, Abraham Rosenberg confirmed that he had worked for Insys for “about a year,” but said he had quit around a year ago and declined to comment further.

Insys officials said the company previously allowed sales representatives to call on physicians who were family members, but said its policy had recently “evolved” and the practice was no longer allowed.
Posted by Unknown at 9:08:00 PM