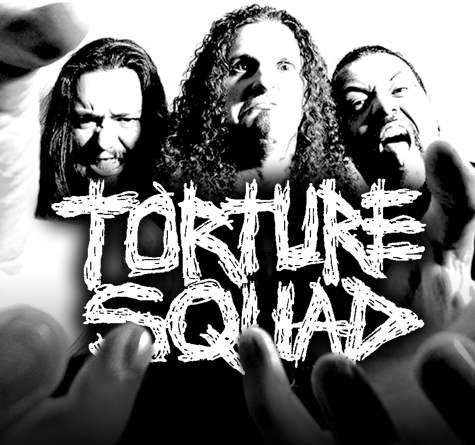 The American Psychological Association is now deciding to review their role in the war against terror during the Bush Administration.

The American Psychiatric Association is pulling up their couches as they refused to participate with those Psychologists, Researchers and other professionals who devised the interrogation techniques that Zero Darked suspected terrorists.

For the record the highbrows call it interrogation techniques but as a low brow I call it torture. Well have you ever talked to a Psychologist, it is the same thing. But then they bill you for it so at least this version is free. It brings new meaning to armchair psychologist, ever tried waterboarding at home?


WASHINGTON — The nation’s largest organization of psychologists will conduct an independent review into whether it colluded with or supported the government’s use of torture in the interrogation of prisoners during the Bush administration.

The American Psychological Association said in a statement released late Wednesday that its board had named David H. Hoffman, a Chicago lawyer, to conduct the review.

For years, questions about the role of American psychologists and behavioral scientists in the development and implementation of the Bush-era interrogation program have been raised by human rights advocates as well as by critics within the psychological profession itself. Psychologists were involved in developing the enhanced interrogation techniques used on terrorism suspects by the Central Intelligence Agency. Later, a number of psychologists, in the military and in the intelligence community, were involved in carrying out and monitoring interrogations.

In an interview, Mr. Hoffman, a former federal prosecutor and onetime inspector general of the city of Chicago, emphasized the independence of his investigation. “We will go wherever the evidence leads,” he said.

Some longtime critics praised the move by the group. “The A.P.A.’s action is a long-needed step toward an independent review of their post-9/11 activities,” said Stephen Soldz, a professor at the Boston Graduate School of Psychoanalysis. “It is vital that this review be fully independent and comprehensive in nature.”

Critics like Mr. Soldz have said that the participation of psychologists allowed the Bush administration to argue that the interrogations did not constitute torture because they and other behavioral scientists were monitoring the interrogations to make sure they remained “safe, legal and effective.” Psychiatrists were not as willing to cooperate with the interrogation programs.

In particular, the critics have cited the association’s 2002 decision to modify its ethics rules that in effect gave greater professional cover to psychologists who had been helping to monitor and oversee interrogations.

The most important change was a new guideline that made it clear that if a psychologist faced a conflict between the A.P.A.’s ethics code and a lawful order, the psychologist could follow the law. Critics say this introduced the Nuremberg defense into American psychology — following orders was an acceptable reason to violate professional ethics.

“It’s sad that the A.P.A., rather than protecting its members from engaging in interrogation activities, bent its rules to allow their participation in those interrogations,” Mr. Soldz said.

The association has long defended the profession’s activities as well as itself against critics who have questioned whether the organization helped make it easier for psychologists to remain involved with the government’s interrogation program, even after the Abu Ghraib scandal set off a public debate about the program.
Continue reading the main story
Continue reading the main story

In its statement, the association said that its decision to appoint an independent reviewer was prompted by questions raised about the relationship between the psychological profession and the government agencies involved in the torture program in the new book, “Pay Any Price: Greed, Power and Endless War,” by this reporter.

The book uses the email archive of Scott Gerwehr, a behavioral researcher with ties to the C.I.A. and other agencies who died in 2008, to provide a glimpse at the network of psychologists, academic researchers, contractors and intelligence and Pentagon officials who formed the behavioral science infrastructure that grew up after the Sept. 11, 2001, terrorist attacks to support the Bush administration’s war on terror.

Most notable, the emails reveal that after the Abu Ghraib scandal broke in 2004, the association was eager to get out in front of the controversy by developing new professional guidelines for psychologists involved in interrogations. The group created a committee to study the matter, and in 2005 issued a report that, in effect, enabled psychologists involved in the Bush interrogation program to continue. A number of psychologists and human rights advocates have been critical of the work of that committee, known as the PENS Task Force, ever since.

Mr. Gerwehr’s emails show for the first time the degree to which behavioral science experts from within the government’s national security apparatus played roles in shaping the outcome of the A.P.A. task force. The emails show that in July 2004, just months after the graphic photos of abuse at Abu Ghraib were publicly disclosed, association officials convened a private meeting of psychologists who worked at the C.I.A., the Pentagon and other national security agencies to provide input on how the association should deal with the “unique ethical issues” raised for psychologists in the wake of the Abu Ghraib disclosures.

After the A.P.A. task force effectively endorsed the continued involvement of psychologists in the interrogation program, one association official wrote, in an email on which Mr. Gerwehr was copied, that he wanted to thank an intelligence official for helping to influence the outcome of the task force. “Your views were well represented by very carefully selected task force members,” the A.P.A. official wrote.

The association’s statement suggested, however, that Mr. Hoffman’s investigation would range far more widely than the relatively narrow questions raised by Mr. Gerwehr’s emails detailed in the book.