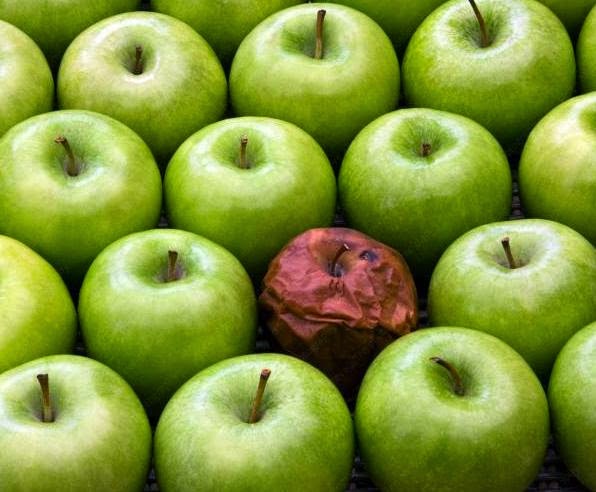 I found the below article the other day in response to a TIME article about how Teachers and their unions are destroying education.. or as I call it blah.blah.blah.freaking.blah.

This came after starting off the year already rough in the district in which I sub. The middle school kids in the poorer hoods are the most volatile, damaged and frankly disturbed people I encounter. I live in their neighborhood and see the challenges every day, hear it and experience it in my life in the grocery store, the bus and on the street. I have finally had enough. I have heard my own voice raise one octave too many and I think there is nothing that can be done to help these kids. I am planning on moving asap and getting any job other than in Education as one can be the whipping boy and day labor one time too many. It is not the students that are solely the problem they are simply part of a large equation of which they are the one variable that everyone actually ignores. They are so in need, so at risk that there comes a time when you go WHAT THE FUCK IS GOING ON HERE?

** As in right now in a class of troubled undisciplined kids with a school that has a history of problems (and I know this first hand as I taught here in the dark ages) two parents walked in with their granddaughter and grandson and have now hugged everyone while preaching about going to school and staying in school while toting the lunch pizza, hugging kids, to say bizarre would be the least of it. The best of it is the irony is that this is clearly their first if not solo visit as they had no idea I was a substitute and asked me how their daughter is doing. While discussing with the students how to beat kids who don't do what they need to do to graduate. It is surreal and utterly normal in minority schools as this is not the first nor last I will encounter a parent who makes this an appearance to remember

But no administrator or any authority figure is here accompanying them. The class has a reputation of being "challenging" and as a white woman filling in it takes one wrong look or tone of voice the R word will be thrown, as in Racist. This is the slur that we fear as Teachers and Subs as that is one we cannot overcome unless we were married to Barack Obama.

The fish stinks from the head as they say and there are a lot of fish in this sea.

There was a big furor among educators around the country recently when Time magazine ran a cover that said, “Rotten Apples: It is nearly impossible to fire a bad teacher.” The cover, accompanied by a story that was somewhat more nuanced, sparked a mountain of response, including a post by Nancy F. Chewning, assistant principal of William Byrd High School in Roanoke, Va. on her blog, Leading by Example. You can read her entire letter to Time magazine here. Following (which I am publishing with her permission) is the part of Chewning’s letter to Time that talks about what life as a public school educator is like today in the era of high-stakes testing and “no-excuse” reformers who ignore or give short shrift to how much a student’s life outside school affects their academic achievement and puts all of the blame/credit on teachers:


…. First, let me clarify what it means to be a public school educator in the United States today. Unfortunately, at college campuses around this country, [education students] are berated by their peers for their career choice. I was told on many occasions at the University of Virginia that I was wasting my time and talent on teaching. After graduating, the Rotten Apples are then afforded what the Economic Policy Institute calls “the teaching penalty.” The EPI’s studies and those of the Organization for Economic Cooperation and Development show that teachers earn 12 percent to 14 percent “less than other similarly educated workers” and “60 percent of what their peers earn.”

These Rotten Apples then spend their summers attending conferences and classes, which most pay for out of their own pockets, to learn skills and knowledge to enhance the instruction their students receive when they report in the fall. They return to their classrooms in late July or early August using their own money to pay for essential supplies for themselves, for their classrooms, and for their students.

Is anyone in Silicon Valley paying for their own office supplies? I can assure you they are not.

The Rotten Apples come into work between 6:30-7:30 a.m. because most are helping students in some way before the school day ever begins. They often feed their students breakfast. They teach all day even during their planning periods. They get less than 30 minutes for lunch, and many have students with them during their lunch breaks. The Rotten Apples then work with students after school either in the classroom or out on the playing fields coaching. After a full day they go home and grade papers, prepare lesson plans for the following day, maintain an online classroom and gradebook, and answer emails. Most don’t stop until at least 10:00 p.m. The Rotten Apples do this day in and day out throughout the school year. The OECD report indicates that “American teachers work far longer hours than their counterparts abroad.”

In addition, they have now been asked by society to be counselors watching for both signs of drug use and mental health issues in their students. They buy students clothes, they provide them with meals, they purchase medicine for them, and they worry about their safety after they leave school and go home to what are often unsafe neighborhoods. In our society, they are expected to keep every student safe at school as well. How many times have we recently seen where teachers risked their lives or gave their lives for their students? ….

In the spring of each year, thanks to No Child Left Behind, the Rotten Apples are held to a standard in this age of high stakes testing that no other profession is held to: a 100 percent pass rate. If teachers are held to this standard, why wouldn’t their working peers whom we have already established are paid significantly more be held to this same standard? Let’s look at doctors and nurses, for example. According to a new study from the Journal of Patient Safety, 440,000 people per year die from preventable medical errors. In fact, this study found that medical errors were the third leading cause of death in the United States today.

Have you characterized doctors or nurses on your cover as Rotten Apples? You have not. Is the government setting impossible benchmarks for doctors and nurses to make to correct this problem? No, they are not. Why? Because money talks in this country. The American Medical Association spent $18,250,000 in 2013 and $15,070,000 so far in 2014 lobbying our government; in fact, they rank Number 8 in terms of organizations lobbying our government for influence. The NEA [National Education Association] isn’t even in the ball park with the AMA, as they rank 221st.

As Senator Elizabeth Warren has so aptly stated, “The system is rigged,” and it is definitely rigged against public education. In the latest Gallup poll, 75 percent of American parents said they were satisfied with the quality of education their child was receiving in public schools. However, the latest Gallup poll showed that only 14 percent of Americans approve of the way Congress is handling its job. Have you done a cover calling Congress Rotten Apples? Why no, you have not. In fact, I checked your covers for the last two years and not once have you said a disparaging word about Congress on your cover. Yet, the approval rating for teachers is 75 percent, and you have chosen to go after them….

You should be ashamed that you have not written about and publicized what is the civil rights issue of our generation: poverty in this country. As I was writing this response to you, JAMA Pediatrics released a study by Dr. Glenn Flores and Bruce Lesley. Some of the highlights of their study are as follows and directly quoted from there:

*Childhood poverty has reached its highest level in 20 years
*1 in 4 children lives in a food-insecure household.
*7 million children lack health insurance.
*A child is abused or neglected every 47 seconds.
*1 in 3 children is overweight or obese.
*Five children are killed daily by firearms.
*1 in 5 experiences a mental disorder.
*Racial/ethnic disparities continue to be extensive and pervasive.
*Children account for 73.5 million Americans (24 percent), but 8 percent of federal expenditures.
*Child well-being in the United States has been in decline since the most recent recession.

When schools open their doors to kindergartners, some of the most important connections in their brains have already been formed. Those in poverty have had their brains in a stressful state since birth. Moreover, they arrive on the doorsteps of school with a word deficit compared to their fellow students who did not grow up in poverty. Address poverty and students will be more prepared for school from the very start. As Erwin Chemerinsky, dean of the School of Law at the University of California in Irvine, wrote earlier this year as they took away teacher tenure in his state:

“The problem of inner-city schools is not that the dedicated teachers who work in them have too many rights, but that the students who go to them are disadvantaged in many ways, the schools have inadequate resources and the schools are surrounded by communities that are dangerous, lack essential services and are largely segregated both by race and class. Taking the modest job security accorded by tenure away from teachers will address none of these problems.”

Addressing poverty as a civil rights issue will. A majority of the American public agreed in the latest Pew Research Global Attitudes Project that inequality is the greatest threat to our country and to the world….

Your cover infuriates me because it is an indirect attack on poor defenseless children who so desperately need these people you have characterized as Rotten Apples. For your information, most people are not reading print media any longer … but they will see that horrid cover depicting every American teacher as a Rotten Apple as they stand in line to get their groceries at the grocery store. And so you have perpetuated an attack on the only people left it seems in this country fighting every day to help children.

In the course of the week that I wrote this response, let me tell you what my Rotten Apples did. Rotten Apple One made sure a student had the basic necessities needed to attend school. Rotten Apple Two and Three made sure a student had the proper medical care when no one in the community responded. Rotten Apple Four stood up and begged for a judge to have mercy on her student when no other adult spoke on his behalf. Take away these people, drive these kinds of educators away from teaching, discourage others from joining the teaching force, and who will fight for children today? Who on a daily basis will look after the American schoolchildren?

Marian Wright Edelman said, “If we don’t stand up for children, then we don’t stand for much.” And Martin Luther King, Jr. said so eloquently, “Our lives begin to end the day we become silent about things that matter.” I have been silent for too long. I will no longer be silent as the media attacks public education.

The real question is who will stand with me and raise your voices to protect our children?
Posted by Unknown at 3:44:00 PM