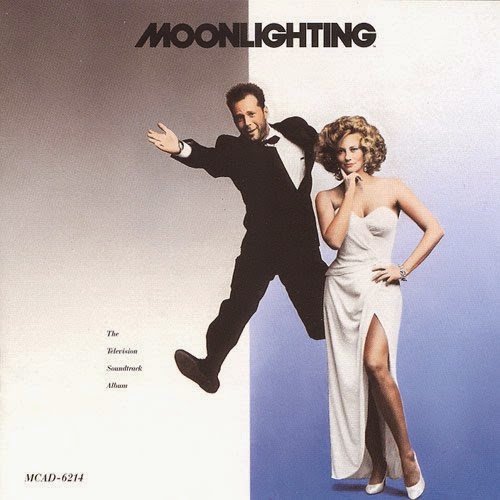 That was a great show with Cybill Shepard and Bruce Willis back in the day. It also is a term used to describe one who holds a second job to make ends meet, make extra cash or in current America the average American's jobs.

However this morning Gideon at Public Defender had the below link to a story out of Missouri about the blazing duels as in roles that are a part of the Jurisprudence system that exists there and many many other small towns throughout America.  That was well documented by the great book, Ordinary Justice, by Amy Bach.   This truly defines the new moonlighting.

The idea that any Prosecutor or even Public Defender can play a duel role as both Judge and Attorney is one step removed from the expression "both Judge and Jury" and in fact that statement is much closer to the truth in America's fractured system of justice.

This is why we need to re-examine how these sham courts are funded, largely by the poor that stand before them via excessive fees, the constant traffic fines as documented by one town outside of Denver, and so on.  Then we need to ask why we are electing any of them.  From Prosecutors, Public Defenders and more importantly Judges.  This is what you get a system beholden to a constant cycle of election bullshit and of course money.

There are many of these "races" run without any opposition and in turn transparency as noted by the man in Bellingham nominating his dog as Prosecutor to attempt to point this fact out.  You get what you vote for and it appears that Americans check the box of anyone who is the incumbent in any position without regard to what they do for them and their community as a whole.

The best thing ever done in America was to underfund Education as this is what you see at the final outcome. A divided society and one has no way of tearing that wall down. Funny it is the 25th Anniversary of the fall of the Berlin Wall and the end of communism of that era.  Putin considers it the worst deed ever.  That is alright Vladmir we elected a new one in America so its all good.

Don't expect any charges against Officer Wilson in Ferguson or any of his peers anywhere else in America.  That is the system of Justice.  Two walls, two sides and one verdict.


**note I love that the Attorney/Judge is a divorce attorney, a criminal defense lawyer as those two are clearly related practices but no worse than being a traffic judge, he could be sitting on capital felony cases!

ST. LOUIS COUNTY - In the post-Ferguson era, NewsChannel 5 continues to uncover what some consider glaring inequities regarding justice and fairness. Our investigative reporters found individuals serving as prosecutors in one municipality, then turning around and serving as judges in another.


It's a system that seems ripe for conflict; and yet, in Missouri, it's all perfectly legal.
Attorney Ronald Brockmeyer works as a St. Charles divorce and criminal defense lawyer during the day, but by night he works part time prosecuting traffic violators in Dellwood. He also works part time as a judge in nearby Breckenridge Hills.
"I don't think that's a conflict at all," Brockmeyer said. "Not at all."
Brockmeyer makes $600 a session and isn't alone in wearing multiple hats.
"I'm the judge in Ferguson, a judge in Breckenridge Hills, a prosecutor in Florissant, a prosecutor in Vinita Park, and prosecutor here in Dellwood," he said.
Brendan Roediger, a supervisor for St. Louis University's Civil Litigation Clinic, says the system should not exist in its present state.
"It does appear ridiculous. I mean, it's the same folks who are the players in every municipality," he said.
Brockmeyer not only defends the system, he says serving as judge and prosecutor is good for defendants.
"I see both sides of it," he said. "I think it's even better."
Julie Deurr doesn't see it that way.
"What chance do we have, really? What chance do we have going up against the prosecutor, attorney, or judge?" she said. "Come on. He's calling all the shots and making all the decisions. We have none."
Neil Bruntrager, general counsel for the St. Louis Police Officer's Association, works part time as a judge where police officers from county jurisdictions sometimes testify against defendants.
"There has never been a conflict. If there was I would remove myself," Bruntrager said. "If anything, being a defense attorney makes me more sympathetic as a judge in terms of scrutinizing the evidence."
St. Louis County and the Circuit Attorney's offices both have full time prosecutors that are allowed to work part time as municipal judges. While prosecutors can do it, state law says public defenders cannot.
"Traditionally, because of the importance of these governmental roles, be they public defender or prosecutor, or judge, the idea has been they are a full-time job and you don't do work on the side. That remains true for public defenders, it remains true for circuit judges, I think it would make sense to be true for circuit attorneys," Roediger said.
Frank Vatterott is a real estate attorney who works a few days a month as a judge. He admits parts of the current system are flawed and he's chairing a committee to try and fix it.
"You see the same people," he said. "When I was a judge in St. Ann and Overland, I'd see a guy in Overland Wednesday night, and St. Ann on Tuesday night."
"I'd say, 'Have you ever been in trouble before?' He'd say no. Then I'd see him the next night in St. Ann and I knew he lied to me. So you do, it's just the nature of the beast."
Because traffic courts deal with hundreds of people a night, critics say it is possible individuals prosecute and judge the same defendant in different courtrooms.
"If there would be a conflict, I wouldn't handle the case," Brockmeyer said.
But how would he know if the name was Smith or Jones?
"They always know me. They always say hey. It's never been a conflict," Brockmeyer said.
Some believe consolidation of St. Louis County's 81 municipal courts is the only way to fix a system that doesn't appear completely fair. That legal fix would have to come out of Jefferson City and the state legislature.
Michael Downy, who teaches legal ethics at both St. Louis and Washington universities, says the greatest danger is if there are no systems in place for judges to make sure they are not prosecuting individuals they judged.
Meanwhile, Vatterott says no such system exists.
Posted by Unknown at 9:51:00 AM