As I have written about many many times, the fees and fines awarded to the scofflaws of varying municipalities for varying misdeeds, are the largest red line to a city's coffers. Not to mention civil asset forfeiture but that is again discussed in numerous posts. 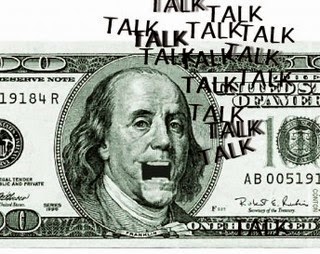 And add to that the nefarious business of collection companies that hunt out deadbeats to pay on the debt they owe for both civil and personal debt means there is a lot of talking about money going on.

Dallas Morning News had an interesting story about a recent City Council vote to award the contract for deadbeat debt collection to a new outlier. Not one who had paid them off as the previous one had. Interesting and odd as the agency made promises undoubtedly the won't do - such as pay the differences on what is promised and owed. Really? They would? Shocking to believe, I know.

Dallas is in Texas and well Texas has its own issues and problems that are unique or not to the rest of the country. Not that we would know as this shit is rarely discussed and shared with the non-voting disinterested public.

And this is part of doing business in every city, he who submits the biggest check wins or makes ludicrous promises that are all part of condemning poor people to a life in poverty over a broken taillight. Wow just wow.

In an 8-7 vote, the council awarded the contract to Municipal Services Bureau. Alone among six bidders, MSB guaranteed the city that it would collect from deadbeats — $21.9 million over three years. If collections fall short of that target, the company said, it will pay the difference out of its pocket.

Some council members wondered how MSB could make such a promise when no one else did. And some praised the work of the current collector, the law firm of Linebarger, Goggan, Blair & Sampson.

Linebarger’s bid was ranked third by the city staff. The firm, which has been in the collections business for more than 35 years, is known throughout Texas for its political connections. It has donated thousands of dollars to City Council members, including Mayor Mike Rawlings.

Of the 15 council members, 12 have received money from Linebarger. The three who have not are Jennifer Staubach Gates, Sandy Greyson and Lee Kleinman.

Those three voted to accept the staff recommendation and award the contract to MSB, as did Rawlings, Rick Callahan, Scott Griggs, Sheffie Kadane and Philip Kingston.

Weeks ago, the council took the unusual step of declining to accept the staff recommendation as it was presented, instead requesting a full briefing on the various bids.

That led some to question whether Linebarger’s political donations may have played a role in the reluctance to award the contract to another bidder and to warnings that council members ought not to meddle in the city’s established procurement process.

On Wednesday, as they had earlier, some council members wondered how MSB would be held to its guarantee — and whether the company’s promise might prove too good to be true.

Caraway and Hill questioned the city’s policy of not considering minority participation in contracts that bring revenue into the city.

Hill grew irate with city staff members and MSB representatives when they could not give her a racial breakdown of the company’s management team.