Doctor Can You See Me Now 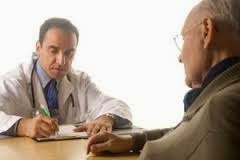 I am not sure to whom the Harvard (my favorite school ever!) are speaking to? Is is other Doctors, Insurance providers, the Government or the theoretical patients who are getting sucked into the medical industrial complex with inadequate but mandatory insurance?

The insurance industry once decried of Obamacare is now thrilled with the outcome. Wall Street is bullish too as for profit health care is through the roof with projections that make the rich richer on your poor health care and hopefully your need for overpriced health care by Doctors who are forced to make health care decisions base on the landlords who now control their industry.

Their industry, which included the AMA, lobbies the American Government to the tune of $14M in 2014. So my suggestion is get out the check book and out lobby the insurance industry which largely crafted the piece of shit called the Affordable Care Act.

So Doctors you are corrupted? You were years ago when you started taking bribes, whoops I mean payments from industry to shill their shit. When you started to rush patients through the equivalent of a drive through window to generate more bottom line dollars for your paycheck. When you sold your practice to a for profit industry as you could not beat them so you decided to join them. So here take a pill and chill.

When I agree with Russell Brand the hell I have feared as broken loose. We do nothing in this country but allow the corporations in America run America via their paid for employees in Congress. I need therapy but I can't afford it just like I cannot afford Obamacare. That is corrupt.


How Medical Care Is Being Corrupted

WHEN we are patients, we want our doctors to make recommendations that are in our best interests as individuals. As physicians, we strive to do the same for our patients

But financial forces largely hidden from the public are beginning to corrupt care and undermine the bond of trust between doctors and patients. Insurers, hospital networks and regulatory groups have put in place both rewards and punishments that can powerfully influence your doctor’s decisions.

Contracts for medical care that incorporate “pay for performance” direct physicians to meet strict metrics for testing and treatment. These metrics are population-based and generic, and do not take into account the individual characteristics and preferences of the patient or differing expert opinions on optimal practice.

For example, doctors are rewarded for keeping their patients’ cholesterol and blood pressure below certain target levels. For some patients, this is good medicine, but for others the benefits may not outweigh the risks.

Treatment with drugs such as statins can cause significant side effects, including muscle pain and increased risk of diabetes. Blood-pressure therapy to meet an imposed target may lead to increased falls and fractures in older patients.

Physicians who meet their designated targets are not only rewarded with a bonus from the insurer but are also given high ratings on insurer websites. Physicians who deviate from such metrics are financially penalized through lower payments and are publicly shamed, listed on insurer websites in a lower tier. Further, their patients may be required to pay higher co-payments.

These measures are clearly designed to coerce physicians to comply with the metrics. Thus doctors may feel pressured to withhold treatment that they feel is required or feel forced to recommend treatment whose risks may outweigh benefits.

It is not just treatment targets but also the particular medications to be used that are now often dictated by insurers. Commonly this is done by assigning a larger co-payment to certain drugs, a negative incentive for patients to choose higher-cost medications. But now some insurers are offering a positive financial incentive directly to physicians to use specific medications. For example, WellPoint, one of the largest private payers for health care, recently outlined designated treatment pathways for cancer and announced that it would pay physicians an incentive of $350 per month per patient treated on the designated pathway.

This has raised concern in the oncology community because there is considerable debate among experts about what is optimal. Dr. Margaret A. Tempero of the National Comprehensive Cancer Network observed that every day oncologists saw patients for whom deviation from treatment guidelines made sense: “Will oncologists be reluctant to make these decisions because of an adverse effects on payments?” Further, some health care networks limit the ability of a patient to get a second opinion by going outside the network. The patient is financially penalized with large co-payments or no coverage at all. Additionally, the physician who refers the patient out of network risks censure from the network administration.

We fear this approach can dangerously lead to “moral licensing” — the physician is able to rationalize forcing or withholding treatment, regardless of clinical judgment or patient preference, as acceptable for the good of the population.

Medicine has been appropriately criticized for its past paternalism, where doctors imposed their views on the patient. In recent years, however, the balance of power has shifted away from the physician to the patient, in large part because of access to clinical information on the web.

In truth, the power belongs to the insurers and regulators that control payment. There is now a new paternalism, largely invisible to the public, diminishing the autonomy of both doctor and patient.

In 2010, Congress passed the Physician Payments Sunshine Act to address potential conflicts of interest by making physician financial ties to pharmaceutical and device companies public on a federal website. We propose a similar public website to reveal the hidden coercive forces that may specify treatments and limit choices through pressures on the doctor.

Medical care is not just another marketplace commodity. Physicians should never have an incentive to override the best interests of their patients.

Pamela Hartzband and Jerome Groopman are physicians on the faculty of Harvard Medical School and co-authors of “Your Medical Mind: How to Decide What is Right for You
Posted by Unknown at 1:46:00 PM