Oughta Be A Law 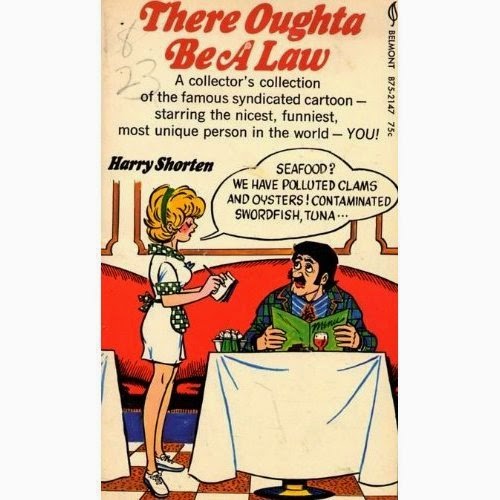 Rather than actually enforce laws already on the books and actually respect a woman when she comes to law enforcement, an adult authority figure or to a medical professional and says "I think I've been raped" listen to her.  Ask questions and then immediately get the fucking asshole to hear what he has to say.  Then get all witnesses and in turn question them immediately.

This is what the supposed law requires.  This is not what happens.  So now we have this knee and jerk off response to do what should have been done in the first place - respect the individual coming to you with this and in turn investigate all the parties involved.  ALL OF  THEM.

Once again we have what appears to be excessive over legislation to enforce laws and matters that were on the books and were of course ignored.  Schools, public, private, K-12 or post secondary are not law enforcement and yet when an assault of any kind happens you are to contact the Administration of the school first.  Well given that Cops are fuckwits of high order I can understand this sort of, kind of, not really.  Maybe if they were busy doing the job they should be doing, investigating real crimes or  alleged ones they might need to invent them.

Funny if a Teacher or Professor assaulted a kid there would be K-9 dogs issued, SWAT teams and no knock warrants.  The evening news would be abuzz with the Teacher pervert.

As we already know with Sandusky, the Catholic Priests and apparently the  entire BBC line up of television personalities in the 70s-80s, they all got a flying pass, a raise, a transfer with a wink-wink nod-nod that daddy might be a touch of the perv.  Clearly that touch was more than pervvy.

And so when I read the below article I go well how is this going to change or help anyone. I have no idea.

Then I read in the New York Times  about an informant who was actually recruited to ultimately rat on his classmates misconduct with regards to the Air Force Academy.  The investigator who created this program and his recruit were suitably punished, the investigator is cleaning offices, the standard demotion and the kid kicked out. The kid who did rape was punished - AFTER football season. Priorities people priorities.

But the whole idea of recruiting and in turn "tattling" on those whom you are a part seems well second grade and tragic.  How about teaching, as it is a military academy, civics. In that curriculum you could discuss gender issues, race issues, economics and other matters that teach young minds that respecting others means not harming people.  Gosh how revelatory!


By JULIE WATSON of Associated Press
SAN DIEGO (AP) — College students have heard a similar refrain for years in campaigns to stop sexual assault: No means no.
Now, as universities around the country that are facing pressure over the handling of rape allegations adopt policies to define consensual sex, California is poised to take it a step further. Lawmakers are considering what would be the first-in-the-nation measure requiring all colleges that receive public funds to set a standard for when "yes means yes."
Defining consensual sex is a growing trend by universities in an effort to do more to protect victims. From the University of California system to Yale, schools have been adopting standards to distinguish when consent was given for a sexual activity and when it was not.
Legislation passed by California's state Senate in May and coming before the Assembly this month would require all schools that receive public funds for student financial assistance to set a so-called "affirmative consent standard" that could be used in investigating and adjudicating sexual assault allegations. That would be defined as "an affirmative, unambiguous and conscious decision" by each party to engage in sexual activity.
Silence or lack of resistance does not constitute consent. The legislation says it's also not consent if the person is drunk, drugged, unconscious or asleep.
Lawmakers say consent can be nonverbal, and universities with similar policies have outlined examples as maybe a nod of the head or moving in closer to the person.

AP Photo: Gregory Bull
New students at San Diego State University watch a video on sexual consent during an orientation meeting Friday, Aug. 1, 2014, in San Diego.
Several state legislatures, including Maryland, Texas and Connecticut, introduced bills in the past year to push colleges to do more after a White House task force reported that 1 in 5 female college students is a victim of sexual assault. The U.S. Education Department also took the unprecedented step of releasing the names of schools facing federal investigation for the way they handle sexual abuse allegations.
But no state legislation has gone as far as California's bill in requiring a consent standard.
Critics say the state is overstepping its bounds. The Los Angeles Times in an editorial after the bill passed the state Senate 27-4 wrote that it raises questions as to whether it is "reasonable" or "enforceable." The legislation is based on the White House task force's recommendations.
"It seems extremely difficult and extraordinarily intrusive to micromanage sex so closely as to tell young people what steps they must take in the privacy of their own dorm rooms," the newspaper said.
Some fear navigating the murky waters of consent spells trouble for universities.
"Frequently these cases involve two individuals, both of whom maybe were under the influence of alcohol or drugs, and it can be very tricky to ascertain whether consent was obtained," said Ada Meloy, general counsel of the American Council on Education, which represents college presidents.
She said schools need to guarantee a safe environment for students, while law enforcement is best suited for handling more serious sexual assault cases.
John F. Banzhaf III, a George Washington University's Law School professor, believes having university disciplinary panels interpret vague cues and body language will open the door for more lawsuits.
The legal definition of rape in most states means the perpetrator used force or the threat of force against the victim, but the California legislation could set the stage in which both parties could accuse each other of sexual assault, he said.
"This bill would very, very radically change the definition of rape," he said.
University of California at Berkeley student Meghan Warner, 20, said that's a good thing. She said she was sexually assaulted during her freshman year by two men at a fraternity but didn't report it because she believed "that unless it was a stranger at night with a weapon who attacked you when you were walking home, that it wasn't rape. It's just a crappy thing that happened." She now runs campus workshops to teach students what constitutes consent.
"Most students don't know what consent is," she said. "I've asked at the workshops how many people think if a girl is blacked out drunk that it's OK to have sex with her. The amount of people who raised their hands was just startling."
Defining consent may be easy to do on paper, said Laura Nguyen, a 21-year-old San Diego State University senior, but "we're talking about college students out at night and the reality is there's not just 'yes' or 'no.' There is a lot of in between. I really think it depends on the situation."
The legislation initially stated that "if there is confusion as to whether a person has consented or continues to consent to sexual activity, it is essential that the participants stop the activity until the confusion can be clearly resolved."
After some interpreted that as asking people to stop after each kiss to get a verbal agreement before going to the next level, the bill was amended to say consent must be "ongoing" and "can be revoked at any time."
"California needs to provide our students with education, resources, consistent policies and justice so that the system is not stacked against survivors," state Sen. Kevin de Leon, a Los Angeles Democrat, said in promoting the bill.
Supporters say investigators would have to determine whether consent had been given by both parties instead of focusing on whether the complainant resisted or said no.
Denice Labertew of the California Coalition Against Sexual Assault said the bill fosters a cultural change: "There's a lot of criticism around affirmative consent because it requires us to change the way we normally think about this."
Posted by Unknown at 10:00:00 PM