As anyone who followed the Jerry Sandusky case to say the least outrage and horror are the first things to cross one's mind.  Mr. Sandusky was ultimately found guilty and is currently in prison hopefully experiencing first hand the horrors he inflicted on the children with whom he did the same.

I have no pity for a sick predator.  I have no understanding, nor compassion to be provided.  And there were individuals who were rightfully indicted or at least included in the case and they are pending trial. The coach, Joe Paterno, who is dead and frankly his role is still one that mystifies and confuses me is not alive to explain or at least clarify why this transpired and who knew what they knew and when they knew it.  Frankly the buck sort of stopped as it began in that sports crazed campus with "JoePa" 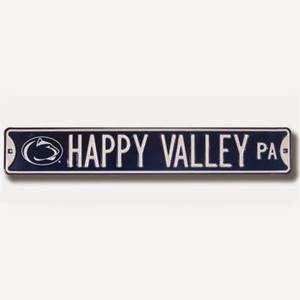 I don't think I will forget the idiocy that took place those days following the scandal and arrest, the riots on the campus of the kids supporting their Coach or the weird tweets especially of that moron Ashton Kutcher defending the man without any evidence of either guilt or innocence. But in our Polaroid nation who needs facts?

Of course the media and the hysteria that ensued was right on par with any histrionic scandal. It reminded me of the Duke rape case and then what resulted was not in fact a story of a sick group of raping maniacs but a sick woman and the crazed idiots of the Durham system of Justice - the police and the lunatic now disbarred Prosecutor, Mike Nifong.   I think one of the best insightful bloggers who announced his "retirement" was KC Johnson's, Durham-in-Wonderland.

I would so welcome similar insight and perspective with regards to the remaining Penn State cases as they move their way through this slogged system.

Today the New York Times Magazine did perhaps the most interesting profile of the ousted former President of Penn State, Graham Spanier.

And just as in Duke this case reeks of bizarre investigations, Grand Jury strangeness, legal duplicity, campus outrage to NCAA fines and an overwhelming need to punish everyone and anyone who might have crossed paths with Sandusky on his sick abusive tear.  Frankly the Mrs. Sandusky who was up watching TV or whatever to me is by far more accountable than the President of the University.  As were any of the "foundation" members or advisors that seemingly thought nothing of Jerry's trips with young boys.  Are they being charged too?

I suspect no one crossed paths with the mercurial Joe Paterno and the money he raised and the profile he gave to the University so any President would be hard pressed even now as he is dead to say otherwise.  I love the expression "never speak ill of the dead." Really? Can you say only nice things about Hitler?

This article is not kind, it is not without bias.  As Mr. Johnson noted in his blog the mainstream media rarely is when they get that bone, they need to grind it bits before they start to let it go.  But the author does bring up the issues I address and in turn does leave it to the reader to presume that frankly this is all just excessive and serves no justice nor brings peace.   But when has our Justice system provided that for the great unwashed.  Welcome Mr. Spanier to a system that has killed lesser people - directly or indirectly.

It is worth the read.  I link it here and realize that this matter is not closed it never is.  And what I do respect is that the victims don't seem to be in the need to hire Gloria Allred or some other fame seeking douchebag lawyer or find some acronym anonymously funded group in which to extort money or seek policy.  Hell hath no fury than angry mothers who are in full victimization mode.  I am unsure what they want and if they get it what it will end up doing. But I know it will do no good.   It never does.
Posted by Unknown at 5:11:00 PM