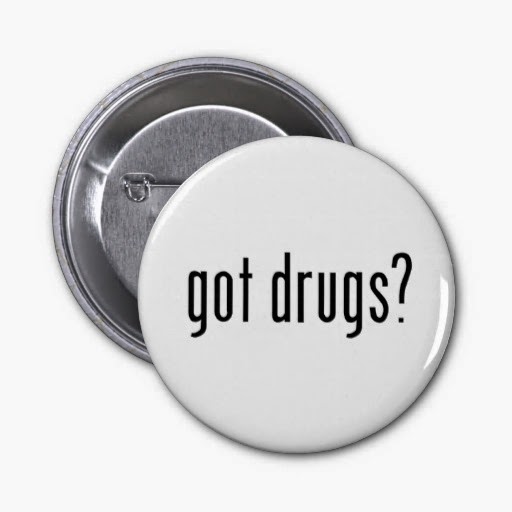 When the strongest treatments and medical science clearly in the rear view mirror you have to ask if we are dumber and that the wonder of polio cures, TB and vaccines that prevented an epidemic are just those things of the past that we wax rhapsodic about like AM Radio and penny candy rather than marvel at what all modern technology has done to reduce and cure disease that were once thought incurable.

The list of deadly disease is like a hit list of golden oldies with Polio now Ebola back and coming ever closer with each plane ride across the globe.

But if there is an orphan disease with about 1 out of 1000 contracting it and can be treated at 20K a pop well don't worry Big Pharma has that covered.

The below article addresses those questions and others as we read every day with the increasing overseas mergers between drug companies taking up the headlines as a way of tax dodging rather than science solving tells you everything you need to know about these companies priorities. Health and wellness is an afterthought clearly.

A Dearth in Innovation for Key Drugs

There is clearly something wrong with pharmaceutical innovation.

Antibiotic-resistant infections sicken more than two million Americans every year and kill at least 23,000. The World Health Organization has warned that a “post-antibiotic era” may be upon us, when “common infections and minor injuries can kill.” Even the world’s tycoons consider the proliferation of antibiotic-resistant bacteria one of the crucial global risks of our times, according to a survey by the World Economic Forum.

Yet the enthusiasm of the pharmaceutical industry for developing drugs to combat such a potential disaster might be best characterized as a big collective “meh.”No major new type of antibiotic has been developed since the late 1980s, according to the W.H.O. From 2011 to 2013, the Food and Drug Administration approved only three new molecular entities to combat bacterial diseases — the lowest rate since the 1940s. “No sane company will develop the next antibiotic,” said Michael S. Kinch, who led a team at the Yale Center for Molecular Discovery tracking the evolution of pharmaceutical innovation over the last two centuries.

And this is hardly the drug industry’s only problem. Antibiotics, Professor Kinch told me, “are the canary in the coal mine.”

This is particularly striking at a time when the pharmaceutical industry is unusually optimistic about the future of medical innovation. Dr. Mikael Dolsten, who oversees worldwide research and development at Pfizer, points out that if progress in the 15 years until 2010 or so looked sluggish, it was just because it takes time to figure out how to turn breakthroughs like the map of the human genome into new drugs. The pipeline today, which includes tailored treatments for cancer, newfangled vaccines and therapies for tough diseases like hepatitis C, is robust.

But the economics of the drug development, argues Professor Kinch, who in July was appointed associate vice chancellor of Washington University in St. Louis, are not conducive to creating the highest levels of public health.

More and more antibiotics are going out of circulation every year — either because of bacteria have become resistant to them or because they have been replaced by better or less toxic drugs. The pharmaceutical arsenal against bacterial infections shrank to only 96 different molecules by the end of last year, 17 fewer than at the turn of the century.

Nevertheless, many of the big drug companies that produced the antibiotic breakthroughs of the past have decided to drop this line of research. And few new entrants are jumping in.

“It has become very difficult to find new drug classes to fight infections,” Dr. Dolsten of Pfizer acknowledged. “There haven’t been enough incentives for the industry to take on 10 or 15 years of research.”

Antibiotics face a daunting proposition. They are not only becoming more difficult to develop, but they are also not obviously profitable. Unlike, say, cancer drugs, which can be spectacularly expensive and may need to be taken for life, antibiotics do not command top dollar from hospitals. What’s more, they tend to be prescribed for only short periods of time.

Importantly, any new breakthrough antibiotic is likely to be jealously guarded by doctors and health officials for as long as possible, and used only as a drug of last resort to prevent bacteria from developing resistance. By the time it became a mass-market drug, companies fear, it could be already off patent and subject to competition from generics that would drive its price down.

Antibiotics are not the only drugs getting the cold shoulder, however. Research on treatments to combat H.I.V./AIDS is also drying up, according to the research at Yale, mostly because the cost and time required for development are increasing. Research into new cardiovascular therapies has mostly stuck to less risky “me too” drugs.

Neuropsychiatric diseases, including Alzheimer’s and depression, are the leading cause of disability across most of the industrial world. And they are going to get worse. Yet researchers have underscored a dearth of investment into these diseases.

Instead, pharmaceutical and biotechnology firms are betting on personalized therapies — mostly targeting specific varieties of cancers — and drugs for so-called orphan diseases, which affect very small populations. “More people are studying orphan diseases than have orphan diseases,” Professor Kinch said jokingly. Of the new drugs that the F.D.A. approved in 2013, about 70 percent were specialty drugs — which are used by less than 1 percent of the population, according to the drug benefits manager Express Scripts.

The problem, of course, lies in the industry’s incentives. The cost of developing a new drug has skyrocketed over the last three decades. A research paper by scientists from Eli Lilly suggested that in 2010, it cost $1.8 billion to bring a big new drug from conception to rollout, through the costly gantlet of clinical trials needed to prove that it is both safe and more effective than existing therapies.

Developing orphan drugs is cheaper. They receive expedited approval from the F.D.A. Clinical trials are inherently less expensive because the drugs are aimed at a small population. And insurance companies are willing to pay $100,000 a year for a drug that few patients will use.

“Companies are flocking to rare diseases,” said John LaMattina, a former head of research at Pfizer who now writes a blog about pharmaceutical research. “They might only make $500 million in sales a year, but their costs are much lower.”

Similar considerations have pushed pharmaceutical companies into newfangled biological drugs at the expense of old-fashioned compounds. Standard brand-name drugs lose 80 percent of the market within a year of patent expiration. Biologicals face much less generic competition, protected both by regulation and the fact that it is tough to determine the equivalency of different biological agents.

The wave of protests over the $84,000 cost per course of Gilead’s blockbuster new drug to treat hepatitis C, Sovaldi, highlights the kind of strain that can be caused when mass market therapies are priced like niche specialty drugs.

“I’ve seen nothing as potentially harmful as the exorbitant pricing displayed by Gilead,” wrote Dr. Steve Miller, the chief medical officer of Express Scripts. Regardless of whether that is worth it for the individual patient or society at large — which it probably is — the price could bankrupt Medicaid budgets around the country.

Can drug makers’ incentives be fixed? Some argue that the patent system governing drug innovation is not up to the task, and suggest handing over most drug research and development to the National Institutes of Health, which already spend tens of billions on basic research.

Tweaking the existing system might be a more feasible proposition, however. Research on new antibiotics could be encouraged by allowing shorter clinical trials for the promising molecules or guaranteeing minimum returns for groundbreaking drugs.

Patricia Danzon of the Wharton School of the University of Pennsylvania suggests recalibrating the regulatory burden to favor research in drugs with a broader potential footprint. “The decks have been stacked in favor of orphan drugs,” she said.

At the same time, new mechanisms are needed to constrain prices.

The National Health Service in Britain may have a bad reputation in the United States, but Americans could benefit from something like the country’s National Institute for Health and Care Excellence, which determines what therapies will be covered, based on their efficacy and their price.

“There’s a myth in the United States that market forces are working to control prices,” Professor Danzon said. It’s clear that they aren’t. But the market isn’t delivering the innovation we need, either.
Posted by Unknown at 7:18:00 PM