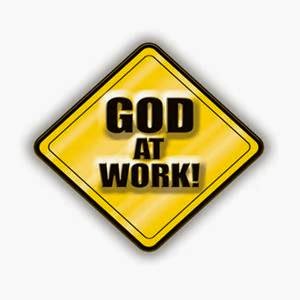 You hear that a lot. From Doctors, Lawyers, Teachers, Firefighters, Cops and of course Investment Bankers.

And what is interesting is that of all the God's worker bees the Teacher is of course the most lowly paid.  Shocking, I know this- personally. And we are the most vilified.  Yesterday I spoke to a woman who was with my neighbor and we were discussing the crime stats of the hood, and she said the murders in my neighborhood were somewhat justified as that is what you get when you speak badly about the Police, a lack of enforcement.  Gee remind me that when a kid says "go fuck yourself bitch" I will just opt out and read instead.   My conversations with idiots alway make me feel good about my community.  But hey  neighbor who is the one moving is moving to Bellingham.   So good luck, bon voyage and hope you are happy in the white town you are moving to.  Yes he is moving to a largely white border city near the other white border - Canada.

So I thought do I know any happy Teachers?  No.  Do I know any happy Cops? Well this is Seattle and no they are not happy.  Firefighters well no I actually don't know any personally and I think this might be one who is not happy. (Again proving that the heroes we love not so much)   Lawyers? Well they are assholes and their happiness is not something I give one whit about.  Which brings me to Doctors. Apparently they are very happy.

The data is rather interesting but I want to point out that if you link on the article and read the very telling comments you realize how the so-called Doctor shortage plays into this.  The AMA is like any union protecting its members. And the cite that Ms. Rampell links to, Kevin MD, is a bizarre site that I actually don't believe is a real Doctor but some faux one that actually comprised of several industry individuals who write the memes that perpetuate that blog.  If he was real has anyone actually met or spoke to this "Doctor?"

And they say money can't buy you happiness.  Wrong again!


Doctors have it pretty good.

I’ve seen a bunch of whiny op-eds and essays from doctors recently, complaining that it’s oh-so-terrible to be a physician these days and that every M.D. wants out.
I’ve seen some good rebuttals to these complaints, including this one from Aaron Carroll. I’ll add to his takedown the chart below, from PayScale:

Learn About Tableau
PayScale collects salary data, but it also surveys workers about whether their work makes the world a better place (a measure of how “meaningful” the job is). Few occupations rank as both well-paid and highly meaningful. If you mouse over the chart, you’ll see that people in those few careers that are both financially and psychically rewarding tend to be some flavor of physician, including surgeons, anesthesiologists and psychiatrists.
There are, of course, plenty of careers that are lucrative but not terribly meaningful. Lawyers fall into this category: Only 40 percent of lawyers say their work makes the world a better place, despite a median salary of $89,900.
Among the occupations with the lowest pay and highest perceived meaningfulness: clergy (97 percent find it meaningful, and median pay is $45,400). Alas, there are no data specifically looking at that other narrow group of professionals doing God’s work: investment bankers. Probably the closest category is financial analysts, of whom only 40 percent find meaning in their work; their median pay is $64,900.
Posted by Unknown at 7:27:00 PM