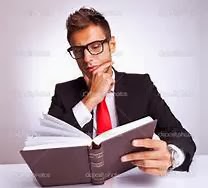 To paraphrase and slightly alter the late Whitney Houston who said infamously "crack is whack" and then seemingly displayed behavior that was slightly out of whack, I realize that we might have an information problem.

I know FEW who read. Period. Read. I actually have administered classes to kids where reading is a pair of earphones and a computer screen which kids respond to prompts about reading passages. That is also the fundamental way they are tested with regards to reading comprehension. That is not reading, that is testing.

And we have long a history of disdaining intellect. We have had a President famously declare he did not read often while carrying a book, which he gave a sole word review when asked, "interesting."

And that has not really changed. If they are not blocking the Press they are claiming to not read it. President Obama has never said which or how many daily journals he reads but he famously said he read about the IRS scandal in the newspaper, "like everyone else." Well not everyone.

I am always amazed at how misinformed or ill informed or just utterly unaware of much of anything even when it literally is right outside the door. Such as Monday with the major accident that tied up a major street for hours and yet none of the local business people seemed to be aware of what transpired half a mile away. As they were working that might be possible but did no one mention it even in passing or out of curiosity?

This is why we have a knee jerk reactionist culture. We respond to everything from our own place of emotions and not reason as it is reading that provides perspective.

So when I read Radley Balko's column in the Washington Post about another crazed State Attorney of Florida I thought, hey we have had the same with Rob McKenna and their personal agenda affecting their work, the state and of course the long term needs for the greater good of the community for which they serve.  And she too in the article brags about not reading. Good to know.

And as I do this reading thing,  I see the filthy fingerprints of our retiring Senator Adam Kline as before he exits adding more level to the War on Drugs by adding further complex legal restriction on DUI laws coincidentally or conveniently on the eve of legal Marijuana now being sold in the State. If you can't see this as another problem with enhanced convictions and in turn imprisonment, think again. Stop and frisk, drive while black and more costs with blood tests or cheek swabs with now DNA on file. And of course wait til they figure out how to have an interlock device work for Marijuana.

Looking deeper into the same former Prosecutor in Florida and another "stand your ground case" seems to have appeared. Unlike George Zimmerman who received national attention. This story is about a woman, Marissa Alexander who fired a warning shot at her former partner and,who was the long standing victim of Domestic Violence. She is now awaiting a second trial for "standing her ground" and which no one was killed.  I am sure that she too will be charged with Domestic Violence as that is also common trick, upgrading the charges to ensure conviction, and of course ironically over assault, Domestic Violence is one of those other top 3 "crimes" from which you can never be expunged and which "mandatory" but ineffective treatment is required.  Then add the fallback that results from jobs, to adding a strike to the list, etc. But her story did not get the endless lather rinse repeat as Zimmerman did.  Gee Rachel Maddow a fellow woman not worthy? Or is because no one died. Even Nancy Grace is probably uninterested.

As I have written about the woman in Kirkland found dead and her pleas for help went ignored, she must of been unaware that like Florida, Washington State has a stand your ground law as well. Perhaps if she had shot her tormentor she might not be dead. But probably in exchange on trial for manslaughter and her kids would still be without a mother. The Seattle Police however still have their guns despite their "felonies."

Add to the story about the young woman wrongly accused of a filing a false rape report.  Well big "whoops" there.  Good to know that a system of patriarchy have no interest in actually hearing more stories about men hurting women.  And once again the woman was forced to undergo "therapy" and counseling and pay a fine for not committing a crime.  Where have I heard this? Oh wait I do know.  Well as I was told "lifestyle choices" often make someone be a victim.

Yes we women are responsible for the depravity of men.  I need to stand in front of a new self help group like AA only called NM for "no men" and say I will never let another man hurt me again.  Do you think I could go into these Domestic Violence classes as the MADD people do in DUI ones and propel and guilt them into shame and compliance?  MADD bitches get paid for each class and federal funding. Good way to supplement the income now that my slut shaming days are behind me.

And with regards to punishment and crime,  our current new policy, the Seattle Police have 72 hours to devise their story and manage to ensure that they have complied with the Justice Department's investigation and demands. Gee do you think if you have been arrested you can have a 3 day hold too to come up with your "story." New dimension to the arrest and charge concept. Officer I will get back to you in 72 hours to explain what happened... not going to happen.

And the other day the fat tub of lard also known a Chris Christie came out to win the war on drugs by not incarcerating people but giving them the "treatment" they need. Expect the private faux rehabilitative industry to set up shop in New Jersey. We have tons of them here and they are utterly a farce. From taking a "pledge" to administer the drug and alcohol counseling required, the Domestic Violence treatment at least requires those individuals to take a week long class, including a Saturday (yes a Saturday) on the complex social and mental health issues surrounding domestic violence. Clearly the perpetrator who killed the young woman failed that class and no wonder the Seattle Police Officer went ironically to Florida for his treatment.

I will be asked today how did I know all this? It is called reading.