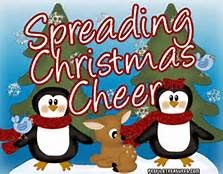 There will be some individuals and their families having a happy holiday as their convictions were overturned or in fact they were pardoned by President Obama, but sadly these are simply chips off a huge iceberg that makes the one that sunk the Titanic an ice cube.

Yesterday in our local rag that used to be a Newspaper, was the news that a man wrongly convicted and of course interned and imprisoned for years was finally found innocent through the efforts of the Northwest Innocence Project.

I could go on about how good works do happen in the system of cracks and unbalance that comprises the system of justice but I do wonder what happens to the thousands of others who do not get the privilege of pitching their case to the duly excited law students and their advisers who take on these cases. And what happens when the students graduate and go on with six figures in debt do with that knowledge and skill set?   Go on to the overwhelmed and utterly useless Public Defense system? Or  join the actual Prosecutorial system that enabled them to learn how misconduct contributes to their classroom lesson, perhaps with some misguided belief they will be different?  I don't know. I do care, however,  as we have a huge glut of lawyers and kids with huge debt and a system that is burgeoning at the seams with cases both civil and criminal that are not getting the attention they need and deserve.  But hey fixing the system not part of the plan so let's let the next years class do it.

So we have the drive thru window of justice that contributed to this man's wrongful conviction but he is not alone.

This is the link to the ProPublica website, called Out of Order, that is devoted solely to prosecutorial and police misconduct - or as I call them - the Tweedle Dee and Dum of the system.

Read this story: Who Police's Prosecutors Who Abuse their Authority

Or there is this one: A Prosecutor, A Wrongful Conviction and a Question of Justice

Think it can't happen to you? Well think again. The system is a stacked deck and the house wins and when you have no money or access to money to hire legal representation you are not even assured victory or  justice.  What you will be assured of is debt and a plea bargain as that is sort of like going to Nordstrom and ending up with a pair of socks on sale as that is what you really can afford.  Going to Court makes that crap shoot table in Vegas seem to possess better odds.

Then we have the milk carton children, the billboard faces, the angry parents who in some quest of justice and of course revenge mixed with guilt and grief, that somehow riles up the public and in turn the domino's begin to fall; the press becomes riled, they in turn lead individuals to form some acronym labeled group, and in turn they pressure legislators to write laws to stop this kind of thing, and then in turn the Police begin to crack down, then the Prosecutors are encouraged to get the bad guys, and the Judges are required to sentence the offenders to the minimum terms and punishments written by the Legislators and their lobbyists, and those sentences become the maximum so the Judge can show they are tough on crime, and in turn they too can be re-elected by meeting the needs of a public screaming "off with their heads."

This fairly defines the Judicial and Political landscape when it comes to crime and violence in this country, with the one exception - gun violence.  But getting the streets clear of drug users, spousal abusers, drunk drivers, child perverts and anyone who kills children other than gun manufacturers and sellers.  Next up - being mentally ill will be a crime and pose a danger to society as the other nefarious felons listed above and there will be the requisite junk science and doctored numbers to support the argument.

The beginning of this movement is also noted on the ProPublica site, the story of the first milk carton kid, Etan Patz and the 26 year old hunt for a child who disappeared, and the need to somehow satiate a family angry, sad and in some way responsible for their son's death/disappearance. Sorry but if we must blame victims would that not include a family who allowed a six year old boy to walk alone to a bus stop?  Seriously if we blame rape victims and others for which crime has ocurred should not this family take on some of that as well?

But wait.. .the Sandy Hook children their families were to blame for sending them to school?  No.  We can blame the shooter and of course his mother who enabled that culture of madness to descend on the home and in turn put the guns in her cold dead son's hands quite legally as well.

Or how about Columbine? Or Virginia Tech? Or Clackamas Mall? or the Nursing School in Oakland? Or the Naval Yard?  I mean the perpetrators and victims CHOSE to be there together are they not responsible for going to school? To work? Shopping?

We love to find intrinsic explanations for extrinsic situations?  Well then in that case let's recall that the victims are equally responsible too.  They wouldn't be in court or in the system if they hadn't done "something" right?  Ah yes smoke meet fire.

Our system of justice is not sustainable it is not even functioning but even broken clocks are right twice a day.

Merry Christmas to all those not with family and friends, they are highly overrated.